Wiley returns to the airwaves 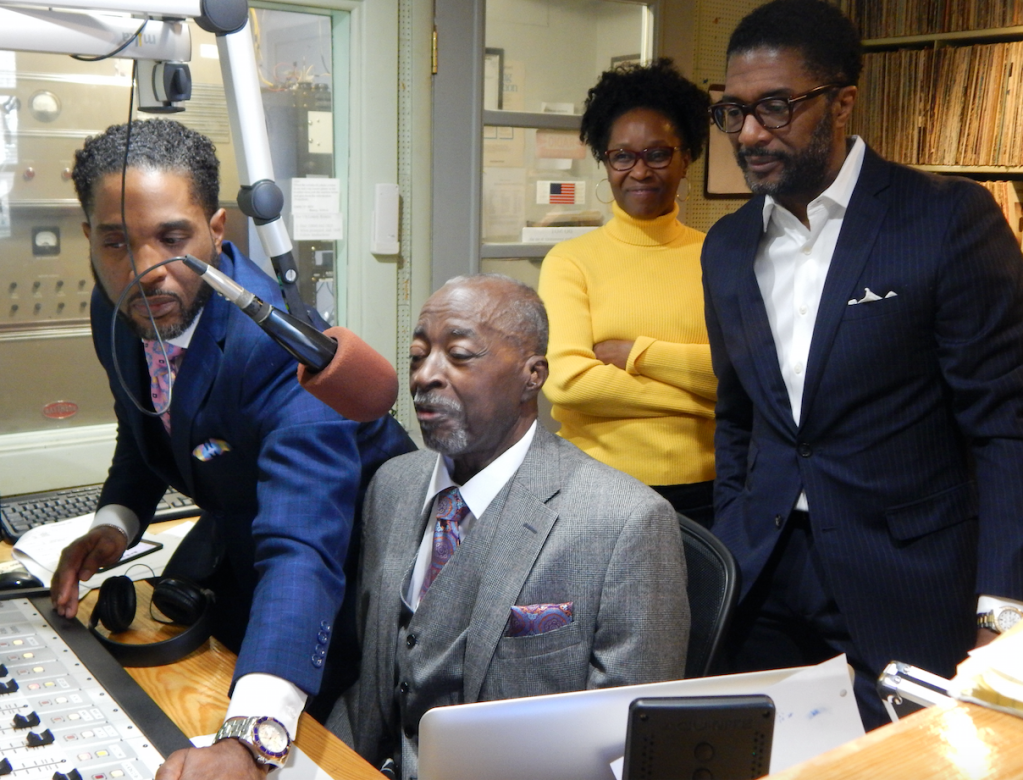 ANNA BULTROWICZ | HERALD Novey Wiley Sr., seated, gives a shout-out to one of his daughters who could not be present Sunday morning for his return to the air after a nine-month absence. Six of his children returned to their hometown of Farmville to celebrate their father’s recovery and return to WFLO Radio. To his left is his son, David. To his right are his daughter Novetta Ruffen and son Raymond.

Special to the Farmville Herald

Early Sunday morning, a warm and familiar croon returned to radio waves in Farmville and across the Heart of Virginia.

“It feels good to be back,” said Novey Wiley Sr., host of the Brother Novey Wiley Gospel Program on WFLO 870 AM.

Six of Novey’s 10 children, his wife, two of his in-laws, and one of his 22 grandchildren gathered at 7 a.m. at WFLO’s studios to celebrate Wiley’s return to the air.

For the Wiley children, who had seen their father persevere through so much, it was an emotional moment.

On May 7, Wiley was admitted to MCV Medical Center for unspecified health issues. In his absence, his son David Wiley, who owns Strutz on North Main Street in Farmville, has been sitting in for him at the studio.

“It’s been a great experience, and it’s been very exuberating,” said David, “And, I can see why he does this. It’s love. Love brings him here, and we know that God is love.”

Numerous listeners phoned in to send their blessings and to congratulate Wiley on his return to the air.

“They’re calling in — I appreciate that. They’ve been asking me when I was coming back. Sometimes they couldn’t tell my voice from my son’s, so they say, ‘He sounds good on the radio.’ And I say, ‘Not quite as good as me,’” laughed Wiley, who has worked in radio for 39 years.

He will be rotating shifts hosting his Sunday morning WFLO gospel program with David from now on.

“Novey Wiley is just a great human being and a big part of the WFLO family,” said WFLO General Manager Francis Wood, “He loves music. He’s pretty much got his finger on the pulse of the community as far as what moves them and what they want.”

Prior to joining WFLO, Wiley worked for 15 years as a broadcast radio announcer for WPAK. According to his wife, Geraldine, he got into radio when a friend of his, Ben Marshall, recommended Wiley for a position as a gospel radio announcer at a new station.

“I’ve been inspired by gospel music ever since I was a young fellow,” Wiley said. “It’s uplifting in times of trouble and despair. Whatever you’re going through, gospel is able to lift you because gospel is the good news from Jesus Christ,” said Wiley, who has also served as the pastor of the Spirit of Life Church of God in Christ in Farmville for over 24 years. 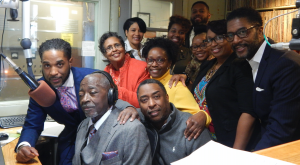 “We’ve always had music in our home, throughout our home,” said Geraldine. The couple of 52 years has instilled a love of music and God in their children.

One of their daughters, Jacinta Muse, went on to become a successful solo artist. Another daughter, Javitta Gay, makes the hour and 20-minute drive from Chesterfield County every Sunday to hear her father’s sermons.

Wiley’s recent health issues have not been the only adversity that the gospel radio host has had to overcome. In 1959, when Wiley was in the sixth grade, he had to move away from his family to continue his education after the Prince Edward County Public Schools closed their doors in opposition of racial integration.

In January 2003, Wiley’s son, Raymond, donated a kidney to his father, whose own had failed.

“To see my dad come back, it was just fantastic. I feel blessed. I was able to do it, and I feel that I’m a representative of all my brothers and sisters. Any one of us would’ve done it,” said Raymond.

Each one of his children listed their father’s strength as one of the qualities that they most admired in him.

“I want to thank Francis Wood for allowing me to continue in gospel, and my son who sat in for me while I was out ill,” said Wiley.

Aside from being a husband and father, Wiley is the first African-American to host his own gospel program at WFLO.