Southside Electric Cooperative’s (SEC) Ron White, the cooperative’s vice president of public and member relations, was recently named as a Civilian Aide to the Secretary of the Army (CASA).

According to a press release, CASAs are business and community leaders appointed by the Secretary of the Army to advise and support army leaders across the country.

“In this voluntary three-star general officer equivalent position, CASAs directly provide individual advice to the Secretary of the Army, the Chief of Staff of the Army and commanders at all levels on public sentiments toward the army,” officials said in a press release. 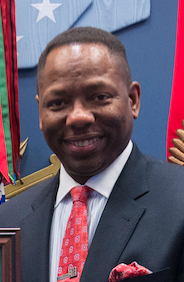 “CASAs work closely with army and installation commanders, army National Guard and army reserve commanders and other designated personnel within their area of responsibility. As CASA for the Virginia Capital Region, (White) will be responsible for Fort Lee and Fort Pickett, which are both significant military installations that impact several of the communities that our SEC members call home.”