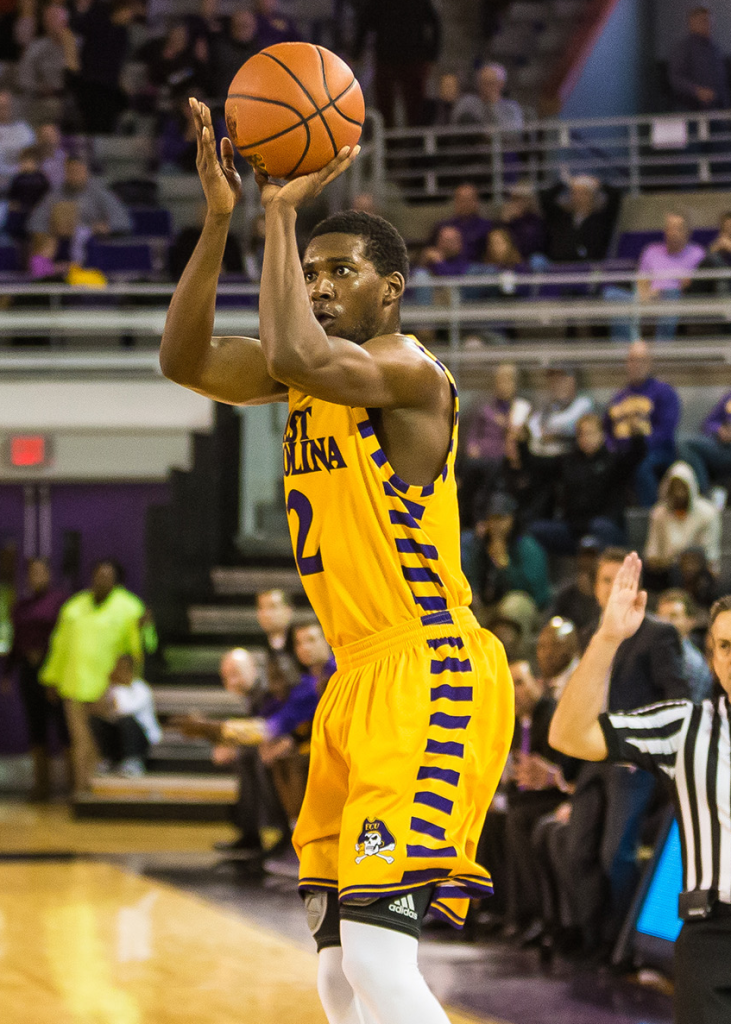 EAST CAROLINA UNIVERSITY ATHLETICS East Carolina University senior guard Caleb White has built on his achievements as a student-athlete at Buckingham County High School and Virginia Episcopal School by cementing his reputation at the college level as a consistent player and an outstanding role model.

Former Buckingham County High School basketball standout Caleb White has earned respect on and off the court during a solid career at East Carolina University (ECU) that he will wrap up later this year.

From White’s freshman to his sophomore year at ECU, the Pirates made the transition from Conference USA to the American Athletic Conference (AAC), representing a significant step up in the level of competition.

Before the transition occurred, the search was on for AAC-caliber players in terms of skill level and athleticism.

“That’s what we were looking for when we recruited him and also a guy with high character, as well,” said ECU Acting Head Coach Michael Perry. “And he’s certainly been all of those things since he’s been here.”

The coach described White as the picture of consistency on the court.

And the coach added that White has shown this year that he can contribute in other ways when his shot is off, stepping up to become one of the Pirates’ best defenders.

“I feel like I’ve kind of done what’s been asked of me, kind of moved around from position to position,” he said. “But I’ve always just been a guy that’s been really consistent, that you know what you’re going to get (from) day in, day out, whether that’s in practice or whether that’s in the games.”

The positions he has played include shooting guard, small forward and power forward.

Off the court, White has also  made a significant impression.

“When you think about Caleb, he’s one of the more respected student-athletes on campus,” Perry said.

Last year, White was recognized for his community service work by being named a nominee for the 2017 Allstate National Association of Basketball Coaches Good Works Team.

“It means a lot,” White said of the nomination. “I come from a pretty big family. I have a lot of younger siblings. I’m the oldest, so being around kids and trying to help kids and just being there as a positive role model for kids has always been something that has come second nature to me. So once I got to college, I’ve just really enjoyed all the service opportunities that I’ve had.”

He said he is excited to finish strong this season on the court and get his degree in business management in May.

With his remaining games as a Pirate, he said his goal is “to just get back to my old self, get back to a rhythm on the offensive end, to keep defending very well.”