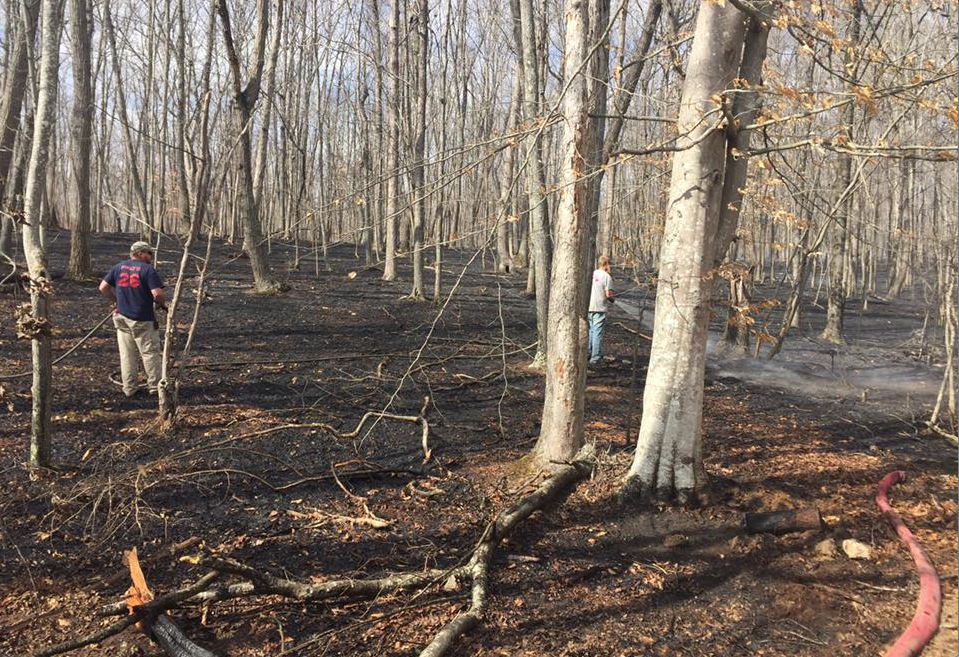 No structures were damaged in a large brush fire reported Saturday afternoon in Buckingham County on Route 20.

A brush fire burned 5-10 acres Saturday afternoon in Buckingham County, but no people were injured and no structures were damaged.

Mike Lilly, assistant chief of Glenmore Volunteer Fire Department, said the fire was in the 9900 block of South Constitution Route, Route 20, on a wooded property that had a barn-type metal storage shed, and the fire spread up to Self Road.

Speaking around 3:30 p.m., Lilly noted that the fire had been contained, and the Virginia Department of Forestry had been there.

“At this time, it’s still undetermined how it started or how long it had been burning,” Lilly said. “As of right now, everything is left up to the Forestry Department seeing as though the burn ban is in effect until (4 p.m.), and the fire actually started way before (4 p.m.).”

He later added that “the Forestry Department will investigate who owns the land, and if anybody was in there, they’ll do all that, because somebody had obviously been in there, but when we arrived, it was a locked gate. So, they’ll have to do all kinds of investigation on that.”

Volunteers from Glenmore, Dillwyn and Arvonia volunteer fire departments responded to the scene.