The time to step up has arrived 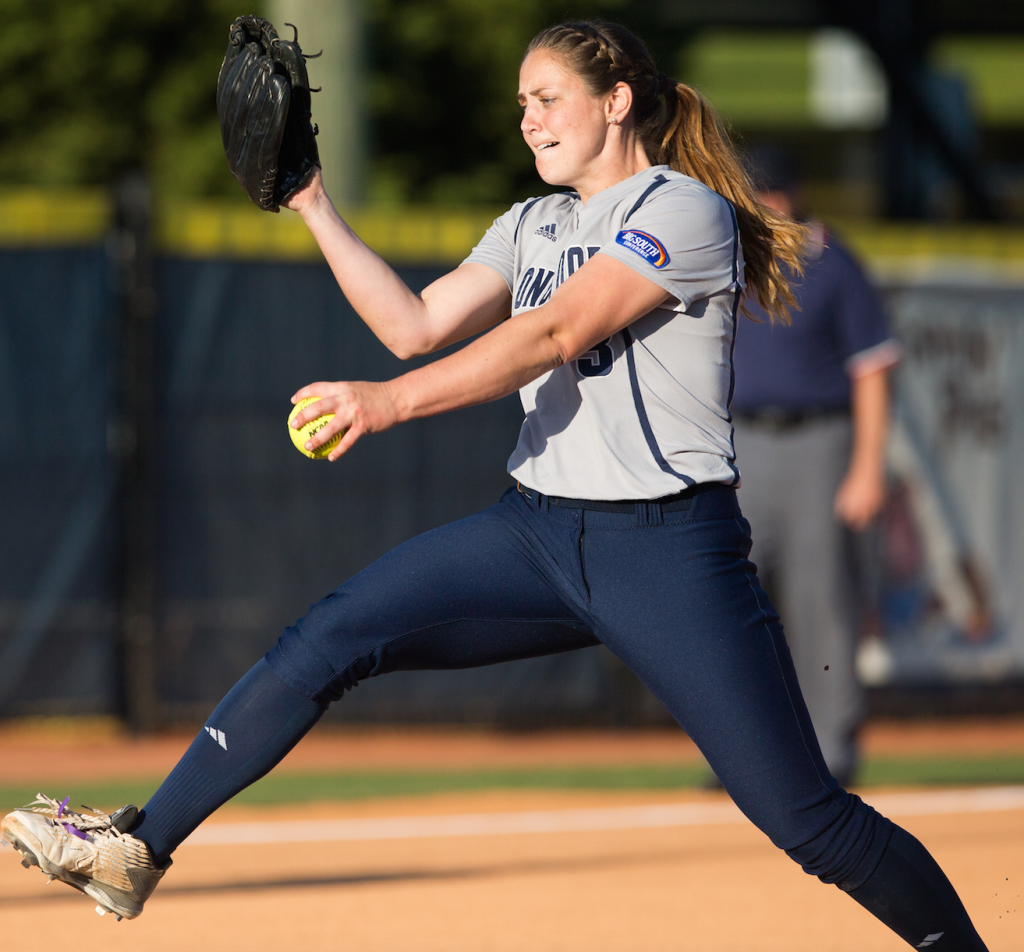 MIKE KROPF | LONGWOOD UNIVERSITY Longwood University senior Elizabeth McCarthy will be a leader in the circle for the Lancers, along with sophomore Sydney Gay.

The Lancers face the task of following up on a historic 2016 season that featured them going 40-20, repeating as Big South Conference regular season and tournament champions and tripling the number of NCAA Division I Tournament wins the program has ever had. They finished the year by playing in their first-ever NCAA Regional Championship game.

Graduation claimed some key players as the team moves on without shortstop Emily Murphy, second baseman Carly Adams and first baseman Jamie Barbour on the field.

Returning for her 20th season as coach of the Lancers is two-time Big South Coach of the Year Kathy Riley.

“I’ve learned a lot each year, and so there’s definitely a perspective change as you keep moving forward and as you keep growing as a coach and as a player,” she said. “This year’s team, I think we have the right kind of mix of people to do a very good job. Our biggest challenges, really, are going to be having new players step up and take the roles that were filled by some of the kids that we had here that graduated. I don’t think that you can make light of the fact that Jamie, Carly and Emily, who graduated last year, played almost every single game of their careers here as starters.” 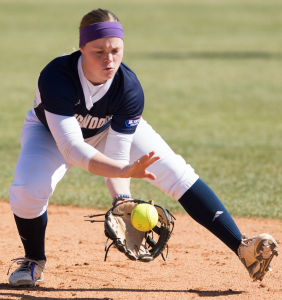 Riley said she believes the strength of this year’s group is going to have to come from the entire team — every player.

“All of them are going to have to do their job just a little bit better, and if we do that, then I see no reason why we can’t have a really good team by the end of the year,” she said.

Longwood has already drawn accolades this year, with senior Elizabeth McCarthy being named the Big South Preseason Pitcher of the Year for the second consecutive season. The team was also picked by the league’s eight coaches as the preseason favorite to win a fourth Big South title in five seasons.

Riley said she was happy to see the accolades, but she and the team are not getting distracted by them.

Among the Lancers adjusting to new roles is senior Justina Augustine. She was the team’s No. 9 hitter last year and is moving into the No. 1 spot this season.

“She’s worked very hard to get better,” Riley said. “So, it wouldn’t surprise me at all if she had a great season, because she has so much athletic ability. She has a desire to play well, so I think she can really truly fill the role from the leadoff position that we need.”

The coach said that as of right now, she has moved junior Krista Kelly from left field to shortstop, with final determinations yet to be made on who will start at shortstop, third base and in left field.

Kelly also moves to the No. 2 spot in the batting lineup, and though junior Glenn Walter is sidelined by mono, when she returns, she will fill the No. 3 spot. 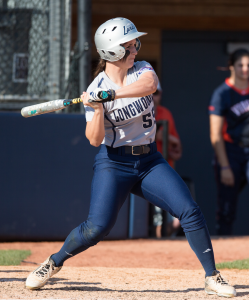 The coach listed redshirt sophomore Karleigh Donovan as the No. 4 hitter, with sophomore Kaylynn Batten at No. 5 and junior Kelsey Sweeney at No. 6.

Sweeney is stepping in a first base, and freshman Destiny Martinez has been playing second base all fall.

Riley highlighted junior Haleigh Kilby as someone who can play second base, left field and third base and noted that sophomores Jessica Smith and Jordan Clark will also be able to help the team in different areas.

“Those are the three people that I think you’ll see … step up and maybe do some other things this year because they’re more experienced and take up for some of the losses that we had to graduation,” the coach said.

McCarthy, the 2015 and 2016 Big South Pitcher of the Year, will lead the Lancers in the circle, joined by sophomore Sydney Gay.

After highlighting her team’s defense, Riley said, “We’ve just got to keep working hard to mature as a good offensive club, whether it’s hitting or baserunning.”

Longwood begins the season Friday when it plays its first game of the South Carolina Classic, taking on Ohio University at 10 a.m.