Farmville’s Centra Southside Community Hospital (CSCH) is one of the many hospitals across the state helping add both jobs and revenue.

According to Centra Vice President and CSCH CEO Tom Angelo, Centra has 619 employees in Farmville, 536 of which are in full-time positions. 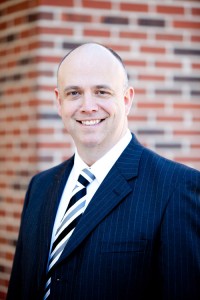 “We are the third-largest employer locally, and jobs stimulate growth,” Angelo said.

“These latest figures reaffirm what we have long known — Virginia’s community hospitals and health systems are tremendously valuable to our local, state and national economies,” said VHHA President and CEO Sean T. Connaughton in a press release from the association.

According to the study, the “ripple effect” describes “the goods and services hospitals purchase from other businesses (that) create additional economic value for the community.”

In 2016, each hospital job brought in roughly two additional jobs for the community — equating to one in nine jobs in the United States supported by hospital employment — according to the study, and each dollar the hospital spends supports “roughly $2.30 of additional business activity.”

The study cites the activity equates to more than $2.8 trillion in economic activity across the country.

According to Angelo, CSCH has completed multiple building projects over the last 10 years, the most recent being the Centra Southside Medical Center and PACE, employing 58 and 45 employees, respectively.

Angelo said Centra’s goal is to use local contractors for building projects whenever possible to continue to help the area’s workforce.

“CSCH provides well-paying jobs for local adults that allows for them to stay in the community,” Angelo added. “We offer 73 categories of employment just at the hospital alone.”