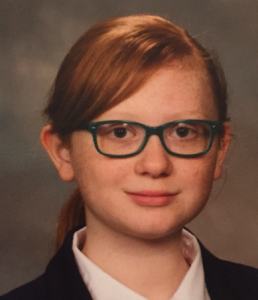 Olivia Shores, 13, said the program helped further her future goal of becoming a constitutional attorney by being able to get a look at the bigger picture, such as the state legislature, in comparison to smaller political races she’s helped with.

According to the Virginia General Assembly website, each year the Senate Page Leadership program takes place and is structured similar to a college preparatory program with components centered on developing future leaders. The website states students who receive admission to the program carry on the tradition of page service in the legislature while fulfilling requirements in a professional development track comprised of speakers, site visits and classroom-like instruction.

Olivia said she learned a lot about the legislative process and developed a better work ethic during the course of the program.

“My best experience would have to be going to all the interactive museums and educational field trips,” Olivia said.

“Her father and I feel that this experience has given her an opportunity to grow in her knowledge of the legislative process and the importance of civic service,” Diana said. “The program is very much about growing leaders for the future.”

Pages carry out tasks throughout the day such as fetching items from the legislators’ offices, assisting at the Capitol’s information desk, and getting lunch for the senators and delegates while they’re in session. The program dates as far back as 1850, when the one page who worked was paid $2 a day. Now the combined total of House and Senate pages is 85 people. Virginia is one of a handful of states that offer this type of program.

“It gives them exposure to the legislative process in a way that is not taught in the classroom,” said Bladen Finch, director of the Senate Page Leadership Program. “We do a little classroom-like instruction, but a lot of it is learned by actually observing the process.”

Diana, who is chairman of the Republican Committee of Cumberland, said Olivia was recommended by U.S. Rep. Tom Garrett, R-Buckingham, who formerly served in the State Senate, and Sen. Bill Stanley, R-Franklin County.

Diana said the workday spanned from 8 a.m.-5 p.m. before having school from 7-9 p.m. Diana said the program is one of few in the country that have a residential component for middle schoolers. Many states use high school seniors and college interns, she said.

Diana said pages not only delivered correspondence at the General Assembly, but learned about leadership and civic engagement.

“One of the things they did is they worked at Feed More, which is a food bank in Richmond,” Diana said. “So they gathered food and they put (in) over … 100 hours collectively for the whole group of volunteer work for Feed More.”

Diana said the group went on field trips to museums for educational purposes.

Diana said she and Christopher hoped the program gave Olivia an appreciation for the governance process, while also understanding the government’s role in protecting life and liberty.