The Farmville Lions Club has its sights set on fulfilling a need for eye exams and eyeglasses in Central Virginia.

The center, which will be serviced by volunteer Lions throughout the area, will provide an opportunity for the community to donate used eyeglasses for a good cause.

“Lions Clubs provide a lot of good service to their communities, but our main focus is helping with sight, and as such, we provide eye exams and eyeglasses to those in need, but we also collect used eyeglasses,” Jones-Lancto said.

The center will be located at the Farmville United Methodist Church on High Street, Jones-Lancto said. 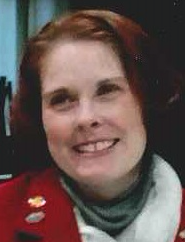 “They do this free-of-charge, and this includes the use of their dishwashers to wash the eyeglasses, tables and chairs,” she said.

“We are very, very grateful to the members of the church board and the church,” said Jones-Lancto.

At the processing center, volunteers will sort through glasses which have been left at drop box locations throughout the community.

The glasses will be washed and scored with a device called a lensmeter, which determines the strength of the lenses.

Jones-Lancto said Lions will then place the glasses in a clear sleeve with the prescription written on the outside.

“Once they have been processed, they are available for organizations, such as churches and Gleaning the World, to take on missions in which they will be providing eye exams and eyeglasses to those in need,” Jones-Lancto explained.

The Lions Club will begin training to work with the center this weekend.

The center’s first work day is scheduled for Saturday, during which time volunteers will learn how to process eyeglasses.

The center’s board of directors will hold its first meeting the same day prior to the training at 9 a.m.

“The eyeglass processing center is something we have wanted to get started in our district for many years now,” said Jones-Lancto.

Jones-Lancto said Roanoke and Chesapeake each donated a lensmeter to help get them started. “There has always been a need to have a satellite location to process used eyeglasses. In the past, we had to have a way to get the eyeglasses sent to Roanoke to be processed,” said Richard Evans, cabinet secretary and Beacon editor for the Farmville Lions Club.

Evans said the new center will allow volunteers the opportunity to better understand their service is helping individuals throughout the world.

“With this location, now being in Farmville, it is centrally located in our district. (It’s) a one-hour drive from most of our club within our district,” said Evans. “This way, more individuals can aid in the processing of the used eyeglasses.”

Jones-Lancto said the Lions would eventually like to open a building in Farmville solely for eyeglasses recycling.

“We would eventually also like to establish centers in Richmond and Lynchburg,” she said. “We have a great group of Lions who have volunteered to serve (on the)board of directors.”

Anyone interested in volunteering, donating used eyeglasses, becoming a member or making a monetary donation can contact Jones-Lancto by email at heameljon@yahoo.com or a member of the Farmville Lions Club.