According to Tina Howard, the daughter of Ruth Alice Howard, her mother’s remains were discovered Sunday afternoon. 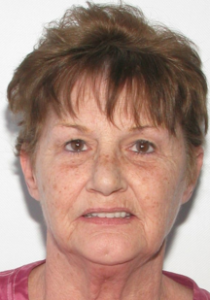 Police had been seeking the whereabouts of Howard since Wednesday afternoon.

State Police Spokeswoman Corinne Geller said Howard was found after responding to the scene of a traffic crash off Route 765.

According to a press release from Lunenburg County Sheriff Arthur Townsend, a citizen spotted her vehicle in the woods and reported the apparent accident to the authorities.

“Once at the scene, the trooper located a 2011 Toyota Camry in the woods off the isolated stretch of road and a deceased female with the vehicle,” Geller said.

“The cause of death does not appear to be consistent with a traffic crash nor of a suspicious nature. The cause and manner of death remain under investigation at this time,” Geller said.

According to police, Howard, was last seen at Prior’s Country Store in the Nutbush area of Lunenburg at about 10 a.m. Monday.

“Howard’s family has been notified,” Townsend said, “and her body is being transported to the Office of the Medical Examiner in Richmond to ascertain more information.”