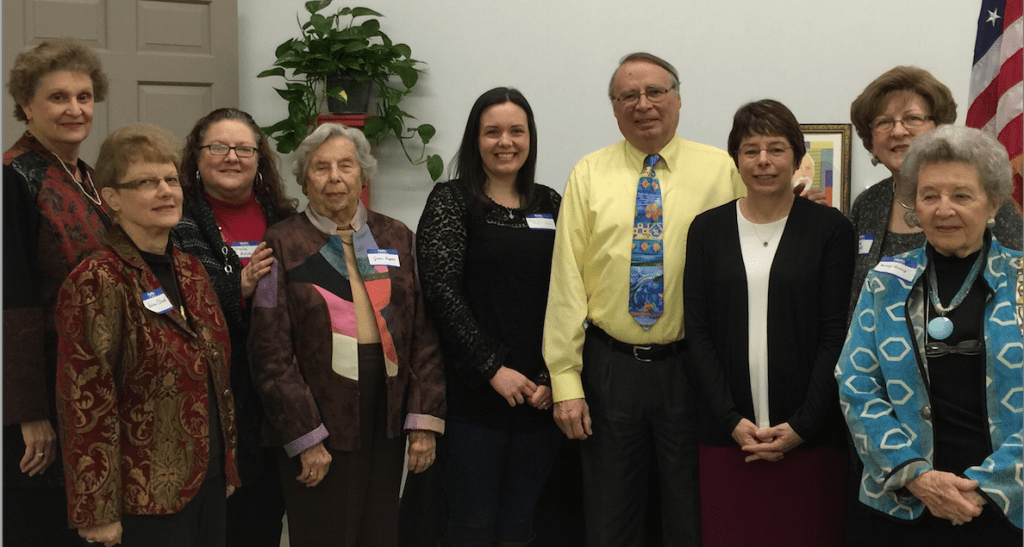 “Since the completion of his doctoral degree in political science in 1976 from Indiana University, Harbour has been a faculty member at Longwood University in the Department of History, Political Science and Philosophy,” according to a club press release. “During that time, he has served as department chair for three terms.”

“The idea of Longwood’s hosting one of the presidential debates came out of a discussion in the American presidency course that Dr. Harbour has been team-teaching with Longwood’s President (W. Taylor) Reveley for the past three years.”

In the days leading up to the Vice-Presidential Debate at Longwood last fall, Harbour gave interviews that appeared on over 600 television stations around the country; he was also interviewed by three different radio stations.

“Dr. Harbour shared with the DAR members many other interesting observations about the planning and culmination of the debate on the university’s campus,” officials said.

Following Harbour’s presentation, members enjoyed a “Presidential Tea” hosted by Shelia Amos and Diane Clark. Members were invited to bring a favorite tea cup and to share its history with the group.

The DAR is a non- profit, non-political volunteer women’s service organization dedicated to preserving American history and promoting patriotism. Any woman 18 years or older, regardless of race, religion or ethnic background, who can prove lineal descent from a patriot of the American Revolution, is eligible for membership.