Learning the letter of the law 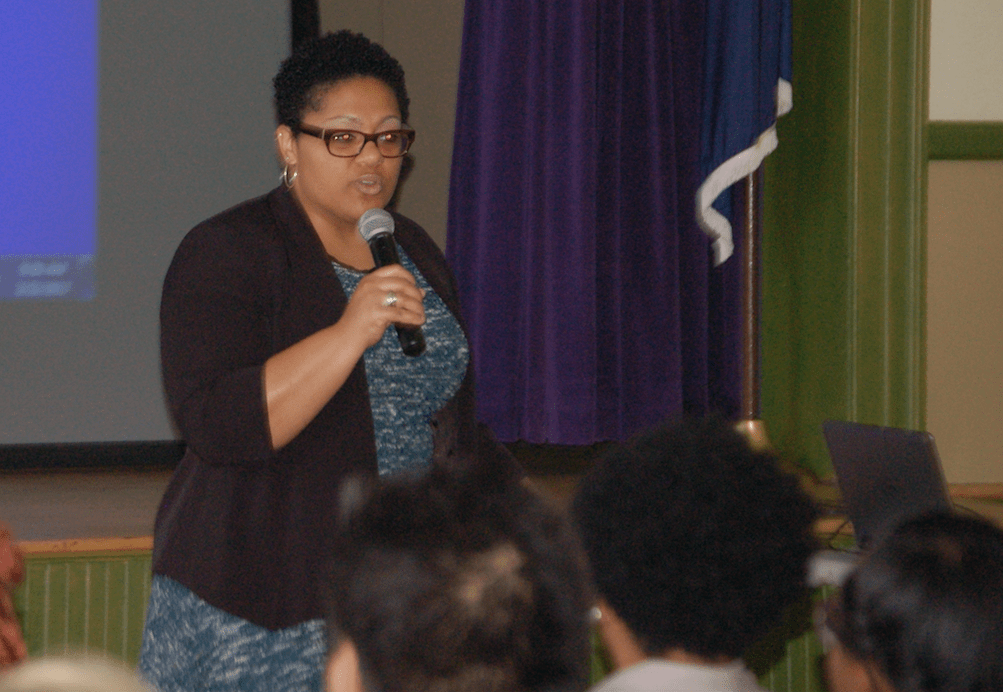 Students from Prince Edward County High School and Fuqua School took part in a Rule of Law program at Robert Russa Moton Museum on Wednesday where community leaders spoke regarding the law.

Prince Edward County Commonwealth Attorney Megan Clark — who organized the event — explained to the students what role the program was to play.

“We are here to really look into our rights and our responsibilities under the color of the law,” she said.

The Center for Teaching the Rule of Law Education (CTRLE) created the program. The center’s vice president, Tim Isaacs, said the program was created for young students to learn more about the law.

“(We’ve) presented it to audiences in this country, other states, internationally, to students from Indonesia, Afghanistan all over the world. All of them come here for something we take for granted, and that’s freedom,” Isaacs said.

“One of the roles of mayor is I get to go to a lot of different places and welcome a lot of different people to Farmville,” said Farmville Mayor David Whitus. “One of the things that I always tell people is that you are in a very unique place and in a really unique time. Ladies and gentlemen, you are sitting in a very unique place this morning,” Whitus, said referencing the museum — the site of a 1951 student protest led by student Barbara Rose Johns.

Farmville Police Chief A.Q. “Andy” Ellington discussed the importance of doing the right thing and not falling into peer pressure. 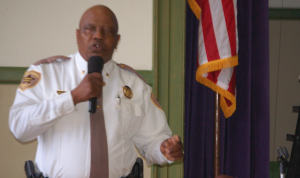 MORGAN WHITE | HERALD
Prince Edward Sheriff Wesley Reed speaks to the students about law enforcement in the county and Farmville.

Ellington told the students having a criminal record could come back to haunt them.

Prince Edward County Sheriff Wesley Reed said that even though there’s a lot of different uniforms in the area, the role of all law enforcement officers was all the same.

“We all stand for and represent the same thing, and that’s to make sure the Code of Virginia is enforced and you all are protected. Safety first for all means.”

Clark said event organizers wanted the students to know about the law from the good end — not the bad end of it.

The students took part in activities that helped them learn more about their rights and responsibilities as citizens.