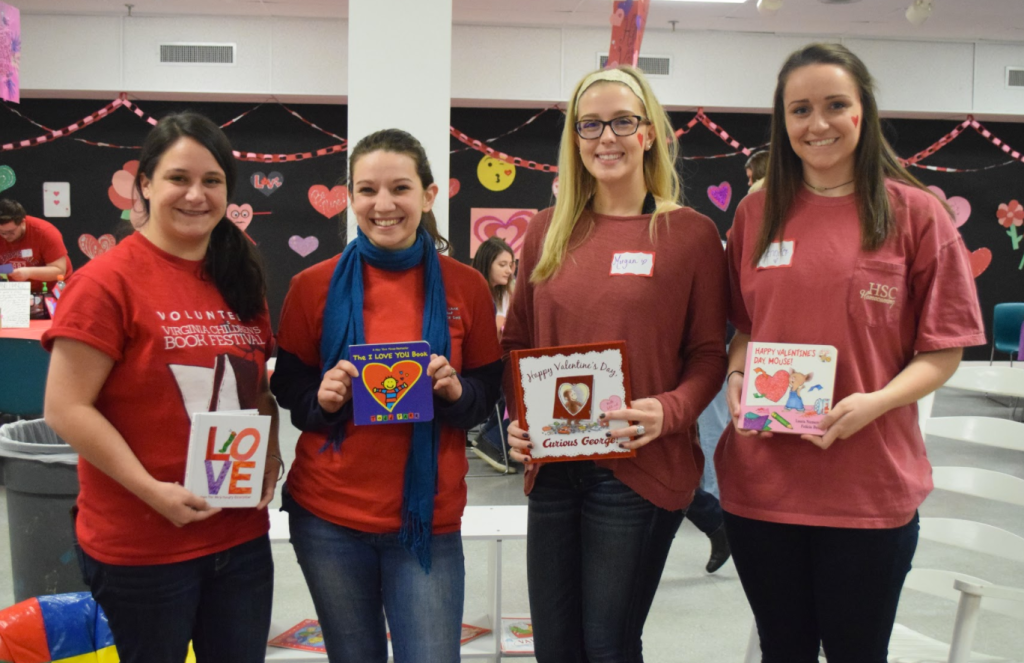 Over 260 people from the the Heart of Virginia were part of the Longwood Center for the Visual Arts’ (LCVA) 15th annual “Art to You Heart’s Content” event Saturday.

Families of children of all ages were part of event to make a variety of crafts to celebrate Valentine’s Day.

The event was part of the LCVA’s “Free Family Workshop” series, which holds art workshops three holidays a year: Dia de Los Muertos, or Day of the Dead in October; Winter Wonderland in December; and Valentine’s Day in February, according to Emily Grabiec, director of education and outreach at the LCVA.

“We do this as a way for families to come and get to make art and spend time together and be creative,” Grabiec said.

The free workshop offered art projects for children including flower-making, hand-crafted and stamped envelopes, heart decorating, hand tracing and valentine designing. Snacks were also provided along with a reading station and face-painting.

“I’ve been bringing my kids for about five years now,” said parent Eric Dinmore. “The LCVA staff (do) a really nice job here and it’s really well planned out,” he said of the event. “There’s a sense of community too; I see colleagues from Hampden-Sydney where I work and from Longwood and (other people).”

The LCVA reached out to 35 students from Longwood University seeking volunteers to help lead the activity tables for the event, Grabiec said. Many of the volunteers were from different majors and departments in the school, including the School of Education, Kappa Delta sorority and the Alpha Phi Omega service fraternity.

Alpha Phi Omega brothers Mackenzie Duncan, Emily Williams and Julia Evans were just three of the volunteers at the event. Williams said she was using the event as her service project.

“I’m in charge of gathering brothers, contacting the LCVA to see how many brothers they need and what we can do to help and then going back to the brothers and (recruiting that help),” Williams said.

Duncan, Williams and Evans said they felt the workshop was a great way to reach out to the community.

“I absolutely love it. I’ve been doing some sort of service ever since I was in middle school,” Williams said. “Being able to give back to my community, no matter (in) what way, is just amazing.”

“It’s really nice, because being in a college town, most of the time all you interact with are other students,” Evans said. “So being able to come to something like this, you get to talk to all the Farmville residents and see just how close everyone is.”

“I thought it was wonderful and we’ve gotten a lot of great feedback,” Grabiec said. “It was a lot of fun seeing all the kids having fun and making their crafts.”

The next workshop will be the Dia de Los Muertos workshop in October. For more information on the LCVA, visit lcva.longwood.edu.