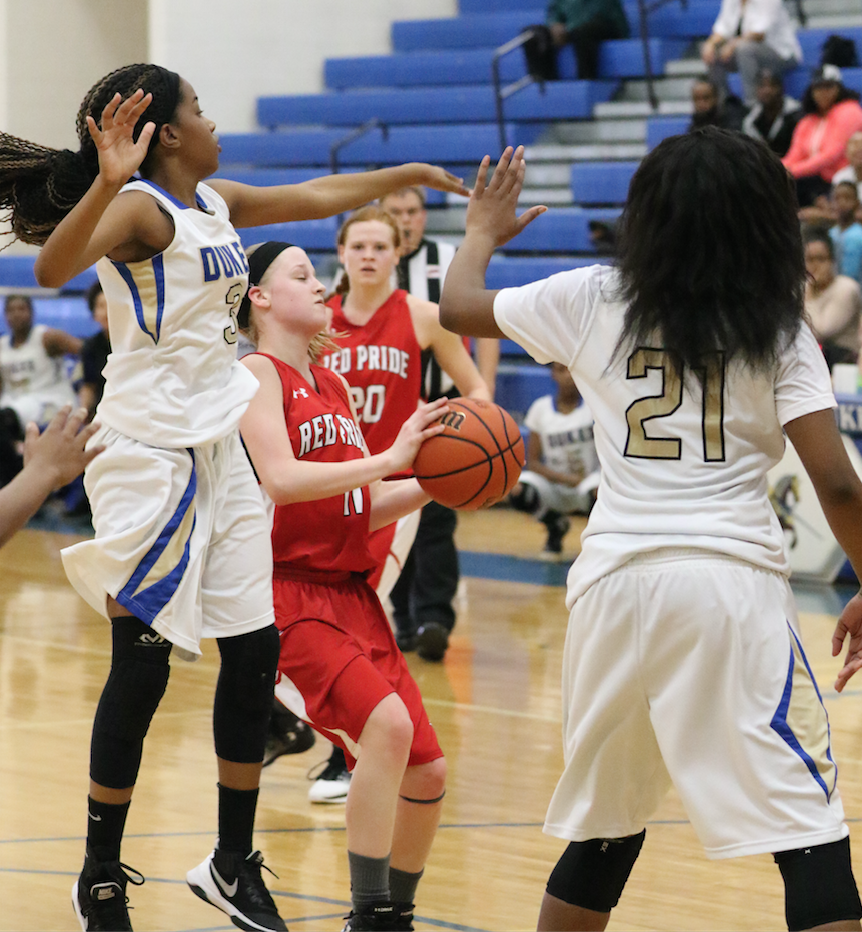 Saturday’s contest for Cumberland, seeded third in the region, came less than 24 hours after it had battled the talented No. 7 Appomattox Regional Governor’s School in the 1A East semifinals, resulting in a 49-26 loss for the host Lady Dukes.

“I think last night’s game got us a little tired,” Cumberland Head Coach Omar Liggins said after Saturday’s contest against the Lady Gladiators. “We came out, and we missed a lot of shots. They took advantage of those missed shots, they took advantage of our turnovers, and once again, that was another good team, very polished team, under control, just well-skilled team that we played today.”

“With us winning the conference, making it to the regionals for the first time, making it to the state, I think our adrenaline just overtook a lot of our girls, and I just think it’s starting to wear on us a little bit,” Liggins said. “So, I’m hoping they rest up for the weekend, we come back in Monday, Tuesday, get a good practice, head up to Bristol on Wednesday, and hopefully we can shock a couple teams while we’re up there.”

He said he plans to work with his players on a variety of things in practice, including rebounding.

“We’re going to work on some things offensively as far as moving more without the ball, moving the ball a little quicker,” he said. “And then, defensively, we’ve definitely got to work on switching on screens or getting through the screen, because as we saw (today), it’s pretty much what we’re going to start seeing up there — a lot of screening, a lot of backdooring.”