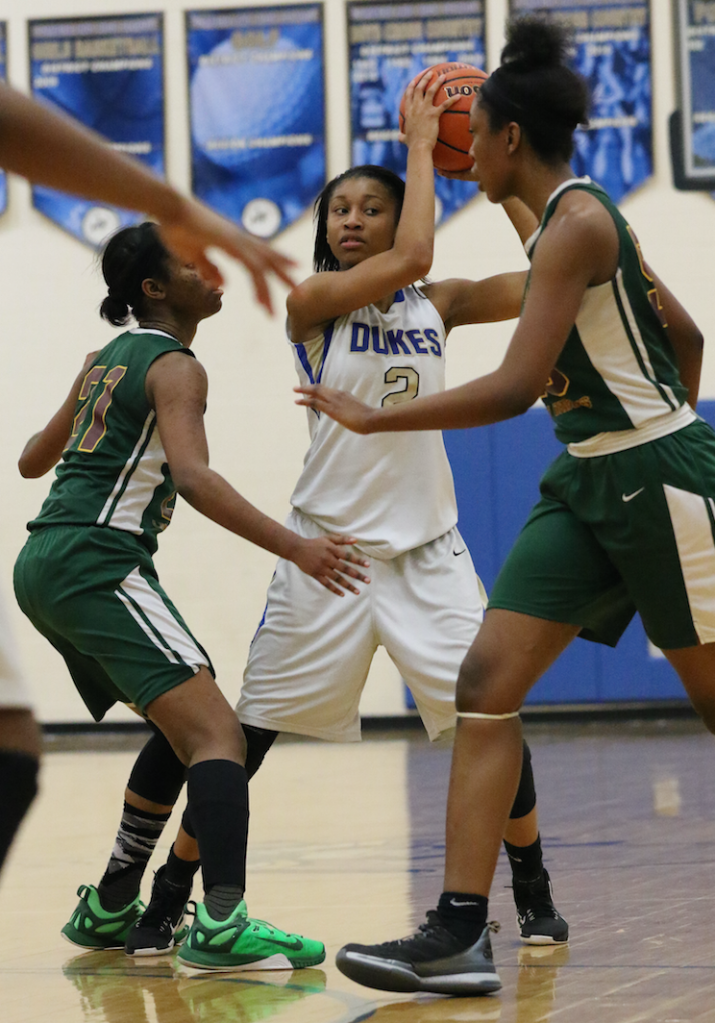 The No. 3 Lady Dukes fell 49-26, but they are not done yet, with the Virginia High School League Group 1A state tournament still to come.

Cumberland will host Riverheads High School on Saturday at 2 p.m. in a consolation game, and its performance in that contest will dictate its seeding in the state tourney that begins Thursday at Virginia High School in Bristol.

“As of right now, we either can be a three or a four seed depending on how we finish up tomorrow,” Lady Dukes Head Coach Omar Liggins said Friday night.

The Cumberland girls secured their first-ever berth in the state tourney with their 59-32 victory over visiting No. 6 Essex High School on Wednesday in the regional quarterfinals.

On Friday, the Lady Dragons jumped out to a sizable early lead over Cumberland and stayed in front. They led 18-5 after the first quarter, 31-15 at halftime and 40-21 after three quarters.

“I know normally in the past we’ll get down, come out in the second half, but that team was just good enough to know how to keep you down and you stay down,” Liggins said.

He noted that the seventh seed of the Lady Dragons does not really have anything to do with how good they are but rather reflects their having earned only a minimum of power points throughout the season based on who they played.

“Any and everything that came off the rim, they got,” Liggins said. “So, that was the difference.  Those two girls just took over the game tonight. We really didn’t have an answer for that.”

He noted that he had his players double-team Boyd and Henderson, “but even with that happening, (the Lady Dragons) were still just lobbing the ball up, and the (two) girls just understand how to go up and get it.”

It was not a typical night for Lady Dukes senior forward Bria Anderson, who was limited to 13 points, though she did add six rebounds, five steals, four blocks and three assists.