Katherine graduated from Stonewall Jackson High School in Charleston in 1949. On March 10, 1957, Katherine and William Marshall Firestone were united as husband and wife. In 1963 they left Richmond, Virginia and moved to their farm in Buckingham County to raise their family. 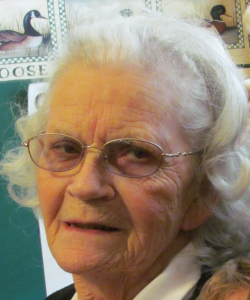 Katherine enjoyed farming and raising her children and spent many an hour playing Yahtzee during thunder storms or badminton over the clothesline; later, she switched to UNO games with her grandchildren.  After retirement, she celebrated by getting a new job in the pet department at Walmart, but still made time for traveling with her husband. She thoroughly enjoyed her tenure at Walmart, meeting new people and helping them with their pet predicaments. She was always ready to help a customer in need, and that desire and willingness to help were hallmarks of her character. Upon retirement from Walmart in 2007, she began traveling with her daughters and grandchildren.

Katherine died at home on Friday, February, 17, 2017, attended by her two daughters. She was 85 years old.  She was preceded in death by her husband of 48 years, William Marshall Firestone; her parents and her sister, Betty Jack Rowlands.