Johnson, who was appointed to the position in 2003, according to Mayor Linda Paige, announced her retirement two weeks ago.

According to Paige, the town hasn’t hired anyone to fill the vacancy. 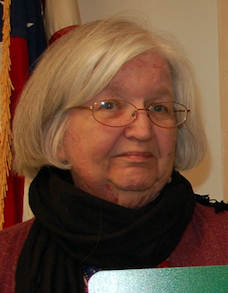 “I love the work I do,” Johnson said. “I like meeting the people, keeping the books. It’s been a good job. I’m going to miss the people I’ve met and worked with.”

According to Paige, Johnson also served as project manager for the transportation enhancement project for the town.

Johnson said that at 69, the time had come to retire.

She said she plans on moving to North Carolina, closer to family. She will still have a home in Virginia and plans to travel back and forth between both states, Johnson said.

“She served well as treasurer — that was her true strength,” Paige said of Johnson.

According to Paige, the town council published an ad in The Herald seeking inquiries for those interested in the position.

Until the position can be filled, Paige will act as clerk/treasurer in addition to her role as mayor.