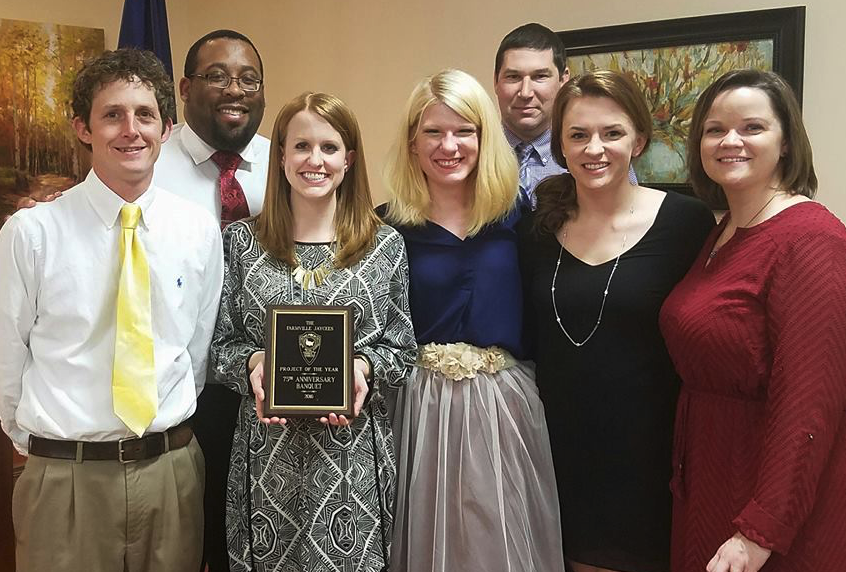 Members of the Farmville Jaycees were recognized for their dedication and service to the community during the group’s annual awards banquet recently.

The event, which took place in late January, honored members of the organization who exceeded expectations last year. 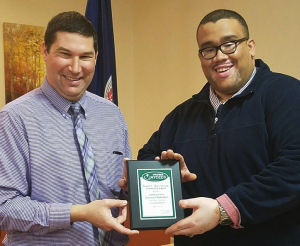 Lee said the award came as a surprise.

“I’m very thankful to have been shown such appreciation for the contributions I make to the chapter,” Lee said. “I don’t do it for any accolades, so being awarded out of the blue is a very special honor.”

According to Lee, both Lee’s and Patterson’s awards were presented from the Virginia Jaycees, the parent organization of the Farmville chapter.

The remaining awards were voted on and decided by the organization’s members. 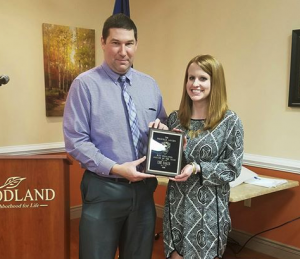 Baker, right, accepts the Ray Poulston Jaycee of the Year Award from Gore.

“Winning two awards was definitely a shock,” Baker said. “I’m really grateful to be part of such a fun, impactful organization that’s allowed me to get more involved in and give back to the community and also given me an awesome group of friends.”

“We have our first membership meeting with our new administration this week, and I think we have a really exciting year to look forward to,” said Baker.

“All of the hard work paid off with the amount of money we were able to raise and will be donating back into the community,” said Gore, noting the organization will donate about $10,000.

Those interested in becoming involved with the Jaycees should email thefarmvillejaycees@gmail.com or visit the organization’s website at www.farmvillejaycees.com. 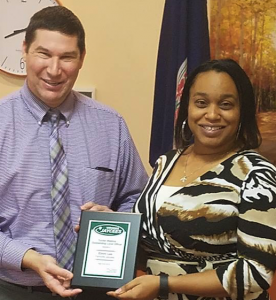 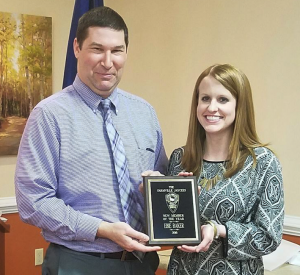 Gore presents Ebie Baker, right, with the New Member of the Year Award for making a dynamic impression on the chapter in her first year.