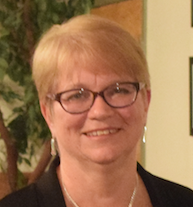 The Southern Go Virginia Steering Committee submitted its “Intent To Form” application to seek approval of council membership for the Region 3 Council for Go Virginia on Feb. 15.

Per requirements, the Southern Virginia Go Steering Committee’s application was received by the Virginia Department of Housing & Community Development and is under review, with a final action to approve the council membership expected at the March 14 meeting of the State Go Virginia Board, according to a press release.

Liz Povar, the Go Virginia interim contract manager, said the Go Virginia initiative is a state-led, business-led, economic development strategy for Virginia. Povar said the Southern Virginia region was very successful in efficiently putting in the application for the region, which runs from Patrick County to Cumberland County, which she hopes would allow the application be approved when the state board meets.

“Why this matters is that Southern Virginia, when it becomes a certified region through this application, will be eligible to receive funding that can be invested in projects that make Southern Virginia more competitive to grow and retain and attract new business and job creation,” Povar said.

Povar said it was clear evidence that Southern Virginia’s leadership had stepped up to the plate quickly and efficiently to ensure they are eligible for new financial tools that can help the region grow jobs.

According to the release, the Region 3 Southern Virginia Go Steering Committee solicited broad stakeholder input in developing its recommendations for council nominations at three public events in January where the steering committee answered questions, gathered citizen input and names of volunteers and began to develop priorities.

Once the regional council membership is approved, the council will seek to stand up seven advisory committees in order to engage and continue to solicit broad stakeholder input in development of the Economic Growth & Diversification Plan, as well as to maintain open communication channels with interested citizens.