Goss to resign as fire chief 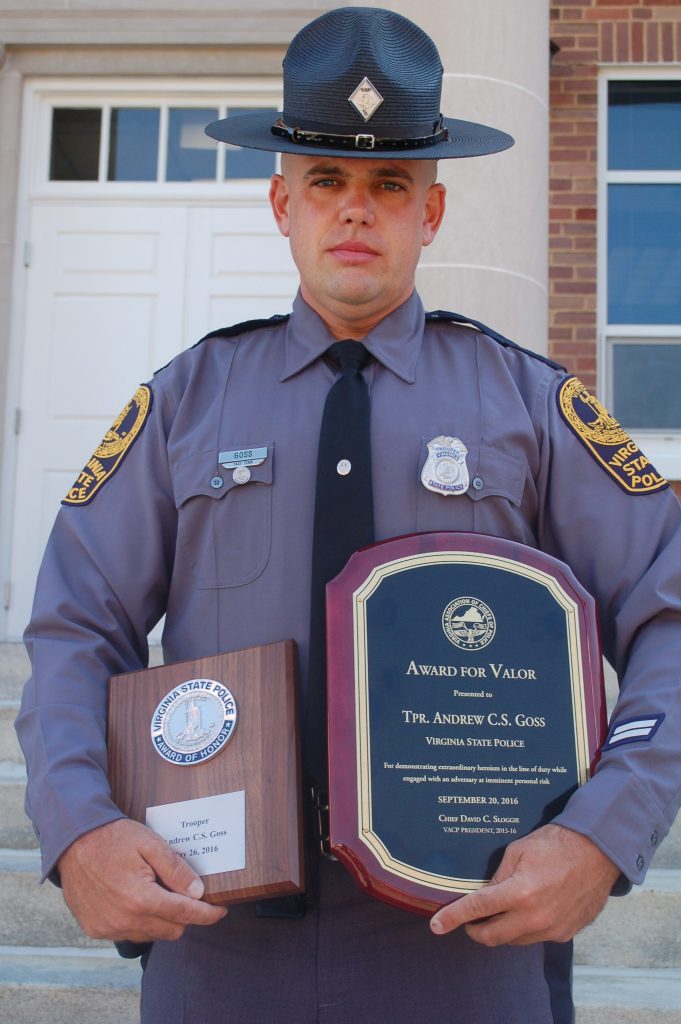 Goss, currently a trooper with the VSP, said his new position with the state agency will be that of trooper pilot. Goss’ start date for the new position is Friday.

Goss announced to his crew his last day as chief will be Feb. 28.

The new position, according to Goss, is based out of Lynchburg and involves search and rescue, surveillance and other law enforcement purposes.

“I am extremely excited about it,” Goss said. “The opportunity to fly for a living and doing it every day has been a dream of mine my whole life.”

Goss began earning his pilot’s license from Smith Mountain Lake Aviation in Lynchburg in early 2014 and finished on Feb. 13, 2015.

Goss said he has truly enjoyed his time in Farmville.

“I really appreciate the support of the community and the fire department,” Goss said. “There are some really great people associated with all the county fire departments; to all of those people, I’d just like to say thank you.”

Spates said Goss has done great things for the community.

“Andrew’s done a great job, not only as state trooper but as fire chief. The improvement to the department is unbelievable, the training and everything,” Spates said. “Our department is very well-qualified to take on anything, and I think that’s (due) in part to his efforts.”

“State Police is proud to offer our personnel numerous opportunities for career advancement and specialty training within the field,” said Lt. H. Jay Cullen, aviation unit commander, in a press release. “We are pleased to have him join our cadre of professional, licensed pilots. We are confident in his abilities to provide superior service to our citizens and fellow public safety agencies in their time of need.”