Fire displaces one in Yogaville 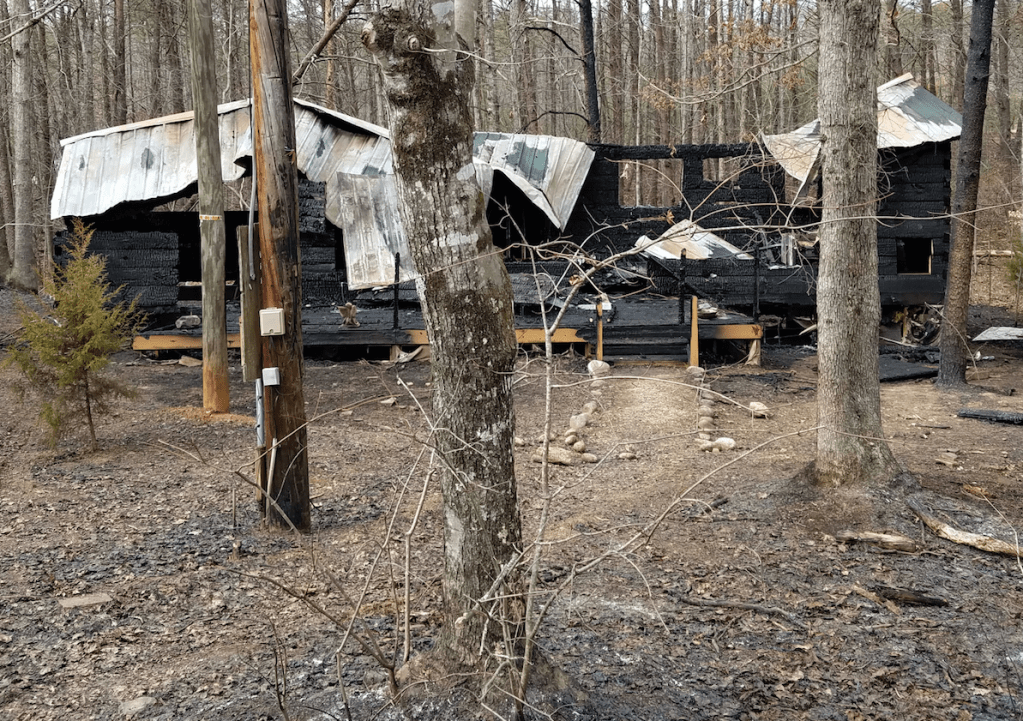 One woman was displaced Tuesday night after her rental home caught fire in Yogaville.

Units from Glenmore, Toga and Dillwyn volunteer fire departments responded to a brush fire call at 237 Karuna Lane in Buckingham, quickly discovering the fire had fully engulfed the home.

The initial call went out at 10:37 p.m. When units responded to the scene, an open-floor log cabin on the property was in flames, according to Glenmore Volunteer Fire Department Asst. Chief Mike Lilly.

Units from Toga responded to the initial brush fire, which reportedly sparked when foliage close to the house caught fire. The brush fire was contained by the time more units arrived.

In all, three engines, three tankers and one brush truck from Glenmore and Toga fire departments put out the blaze, but the cabin was destroyed, Lilly said.

One tanker from Dillwyn was also called in for extra assistance.

Lilly said another structure close to the cabin caught fire, melting the windows on its backside and scorching the sides of the building. Another house near the property was threatened but untouched by the blaze.

“We were on scene until around 11:30 or midnight and were called out again a little after that for a rekindle,” Lilly said. “We went up with a brush truck and wet it down some more a little after midnight.”

Kevin Flippen, emergency coordinator for Buckingham, said a woman lived in the rental property but was not on scene when he arrived. No injuries were reported.

The cause of the fire is currently under investigation.

No foul play is suspected.