FACES won’t use STEPS for hub

The Farmville Area Community Emergency Services (FACES) and FeedMore (the Central Virginia Food Bank) are moving forward in their efforts to expand their food distribution reach across Southside Virginia.

The partners have been communicating about creating a physical hub to serve a larger portion of Southside for about two and a half years, according to FACES President Ellery Sedgwick.

He said FeedMore “noticed a low distribution and high need in eight counties in the southwest region, including everywhere from Prince Edward down to Hallifax.” 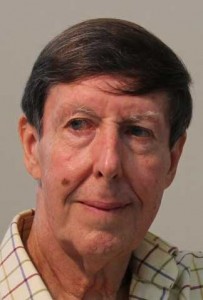 Discussions over the summer leaned towards the possibility of the STEPS Centre’s former factory building on Industrial Park Road, following the application for a United States Department of Agriculture (USDA) grant. Sedgwick said FACES and STEPS considered the renovation for about a year and a half.

“It turned out that the cost of renovation was considerably higher than we expected and we failed to get a USDA grant for $600,000 we applied for,” Sedgwick explained.

The partnership began when FeedMore asked FACES to partner with them to create a storage and transportation hub in Prince Edward County, out of which produce and other food would be distributed to Prince Edward and the remaining seven counties in the FeedMore region.

“We are still working with them to make that happen,” said Sedgwick.

“The hub program is rolling down the tracks very fast,” said Sedgwick, regardless of the financial setback. “My bet is that we will be in a new facility by the end of the year.”

FACES and FeedMore have continued the search for a facility which will serve as the hub.

“We are looking at other options, but FeedMore is doing a lot of fundraising and FACES has done some fundraising,” Sedgwick said.

The two organizations are actively planning and moving towards establishing the hub facility, he said.

Once the transition to the new facility is made, FACES will seek to provide a ready supply of surplus food to surrounding counties.

“It takes a long time for things to go from idea to reality, but you gotta raise a lot of funds, you got to organize a lot of people, but we’re getting there,” he said.

Sedgwick said FACES will not be opening individual facilities in each county, such as the FACES food pantry currently in Farmville.

“What we can do is to store food for them and … deliver it at appropriate times for distribution for their areas,” he said, noting FACES officers or volunteers could assist with grant writing and finding volunteers.

“The basic purpose is to serve underserved areas in Southside Virginia,” he said. “In each of those other counties there are one or two churches that are doing distributions and our job is to support them and to encourage them to expand their operations.”

“There are a lot of people who need this out there, and a lot of them live in deep country and can’t go as far as Richmond or Farmville,” Sedgwick said. “They need this food.”