According to the Moton Museum and National Historic Landmark, in 1951 the 16-year-old led her classmates in a strike to protest the substandard and inequitable conditions of the Robert Russa Moton High School. After garnering the attention of the NAACP, the Farmville case was taken to federal court, and became one of the five cases that the Supreme Court reviewed in its Brown v. Board of Education decision declaring segregation unconstitutional.

Some critics of DeVos, like Kaine, have drawn connections between how her ideas on education reformation would affect public school systems, and the conditions that led to Johns’ strike in 1951.

“Prince Edward County, for a period of five years … shut all their public schools,” Kaine said in his speech opposing DeVos, who would be appointed following a split Senate vote by Vice President Mike Pence, a Republican. “They used county funds and state funds to support vouchers to private schools, and they gave those vouchers to students, who were white, so that they could go to private schools,” said Kaine in his speech, “In Prince Edward County, white students … could go to these academies … but poor white students and African-American students were deprived of education for five years.”

DeVos is an advocate of charter schools and the voucher system. A charter school is a school that is publically funded but independent of its local public school system. 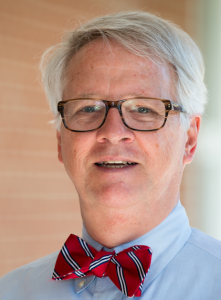 “If you set up the voucher system in Southside Virginia, over time, you’re going to essentially get a re-segregation of schools, both racially and economically. So, we’re going a major step backwards from Brown v. Board of Education,” said Dr. Stephen C. Keith, an assistant professor of education at Longwood University.

Keith has over 20 years of experience working in Prince Edward County Public Schools, serving as director of curriculum and instruction for the last five years of his career with the county schools.

“I hope that she considers the financial impact that vouchers would have on small rural schools with limited funds,” said Sherry Honeycutt, chairman of the Prince Edward County Public School Board. “As it is currently, there are so few funds available to us, that dividing them between vouchers and public systems could severely reduce the amount of funding available for our public schools.”

According to Keith, there is little to no evidence that either charter schools or the voucher system are efficient educational models. Arguments in favor of the voucher system are often founded on the capitalistic perspective that a competitive model of education would force public schools to compete, and therefore to improve themselves.

“(DeVos) wants to impose that model on a public service, and it doesn’t work. There’s lots of evidence that says it does not work,” said Keith.

In his speech, Kaine emphasized the importance of public education and the controversy surrounding DeVos’ appointment.