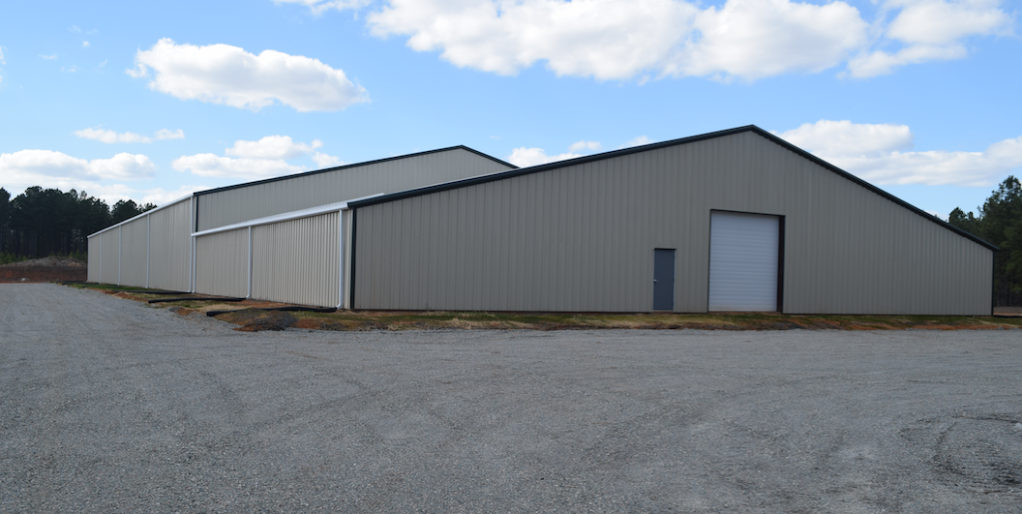 BRIAN KLINGENFUS | HERALD Cumberland’s newly constructed shell building, which the county’s Industrial Development Authority (IDA) paid more than $157,000 for for using part of a $375,000 grant from the Virginia Tobacco Commission, is 220 feet long and 100 wide. The building is on Poorhouse Road.

Construction of a shell building in Cumberland County’s Business Park is complete and has passed inspection, according to County Administrator and Attorney Vivian Seay Giles.

The building, which the county’s Industrial Development Authority (IDA) paid more than $157,000 for using part of a $375,000 grant from the Virginia Tobacco Commission, is 220 feet long and 100 wide.

The building, which is vacant, passed inspection Jan. 20, according to Giles.

Before being erected, the prefabricated building was in pieces in the form of a kit where it now stands.

The Cumberland County Board of Supervisors met in a closed meeting Jan. 12, 2016 and decided to fund the construction of the building, approving up to a $350,000 loan to the IDA.

If a business wants to move into the building, Giles said, other means of construction still need to be completed, including final utility hookups.

Giles said in a previous interview the IDA will begin paying back the loan once a business has moved into the building.

“Whenever someone buys or leases or occupies the building it would be worked into the equation,” Giles said.

While she wouldn’t reveal numbers or names, Giles said businesses have looked at the building and the surrounding property as potential space to relocate or expand.

Nothing has materialized from the visits, she said.

“With this building, Cumberland County is in the unique position of having a locality-owned property that is available for prospective businesses with a minimum amount of effort to customize the facility and begin operations,” Giles said. “That gives Cumberland the opportunity to maximize incentives and minimize barriers during negotiations.”

“From there, we will try to get an occupant for it,” IDA Chairman Fred Shumaker said of the erection of the building in a previous interview.

“Absolutely,” he said when asked if he thought the erection of the building would entice business to move to the business park. “I think we would probably be the only county in about 11 counties that would have a standing shell building,” Shumaker said in the interview.

“That would definitely be an enticement for someone looking to start their business or to move to a larger area,” he said.

The 75-acre park is on Poorhouse Road. No business are located in the park, according to Giles.