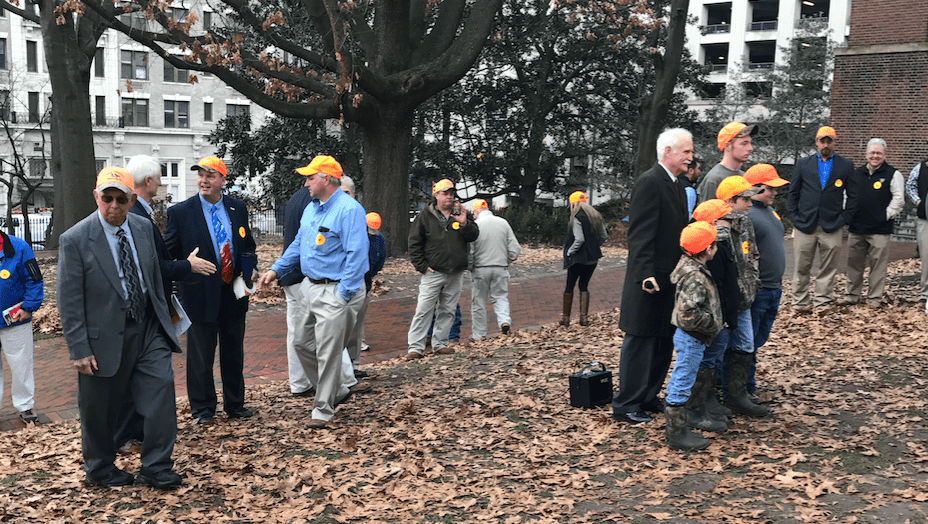 CAPITOL NEWS SERVICE About 150 hunters and members of the Virginia Hunting Dog Alliance turned out at the Virginia Capitol recently to show their displeasure of a bill that would fine the owners of dogs that trespass on other people’s property.

A bill under consideration by the Virginia General Assembly has been amended to directly impact dog hunters.

The initial draft of the bill was written to include not only game dogs, but all dogs, including pets. The substitute, approved by the House Committee on Rules on Tuesday, specifically states the legislation would apply only to dogs that were released into neighboring yards for the “purpose of hunting or chasing game and in a manner that unduly burdens the quiet use and enjoyment of the property after receiving appropriate notice by the landowner, his agent, or the lessee that hunting or chasing game with dogs without permission is forbidden on such property.” 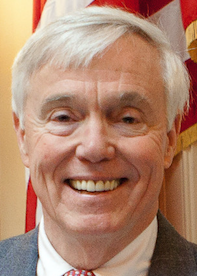 The bill originally listed a $100 penalty, per dog, per 24-hour period. The amendment altered the penalty to read “not to exceed $100 for the first occurrence and $250 per occurrence for a second or subsequent occurrence on such property.”

“We’ve got laws on the books already that they’re not enforcing,” said Jon Berkley, a member of the United Eastern Virginia Dog Association, who lives in Charlotte and works in Buckingham.

He said, in some instances, there’s only one conservation officer overseeing two or three counties, noting he couldn’t see how the legislation could be enforced.

“People are really upset with it,” he said, mentioning there are “so many other things we could be focused on.”

“I think it would be detrimental to Southside Virginia,” President of the United Eastern Virginia Dog Association Derrick Toombs said in a previous interview. “It’s not going to end hound hunting, but it’s going to put so many stipulations on it that you can’t do hound hunting.”