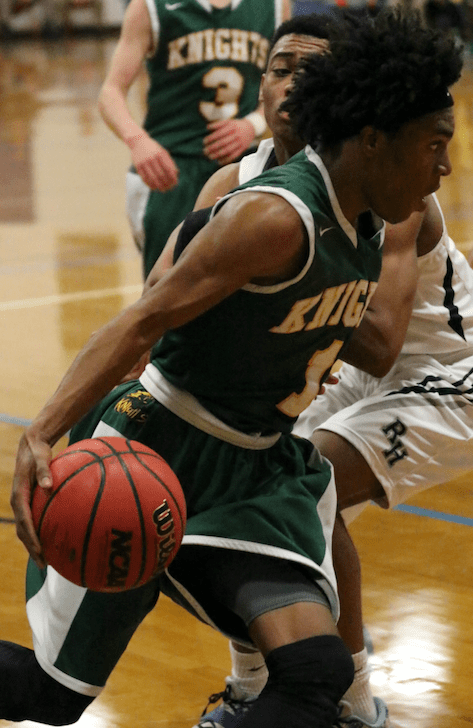 With a special motivation, Antonio Chambers made senior night at Buckingham County High School on Tuesday an evening to remember.

The senior guard poured in a career-high 44 points to lift the Knights to a 63-58 victory over Randolph-Henry High School.

“It feels pretty good, just trying to help my team out to get a win,” he said.

Chambers said he shared with his friend and teammate, junior forward William Davis, what helped drive his performance.

“His grandma had just passed, and I told him that it was for her, and I felt different coming into that game,” he said.

“He just had one of the best games in modern-day history at Buckingham,” he said.

The victory helped Buckingham improve to 9-10 on the season.

“I feel good about our team,” Chambers said. “We were struggling at first, but we’ve got the hang of each other now.”