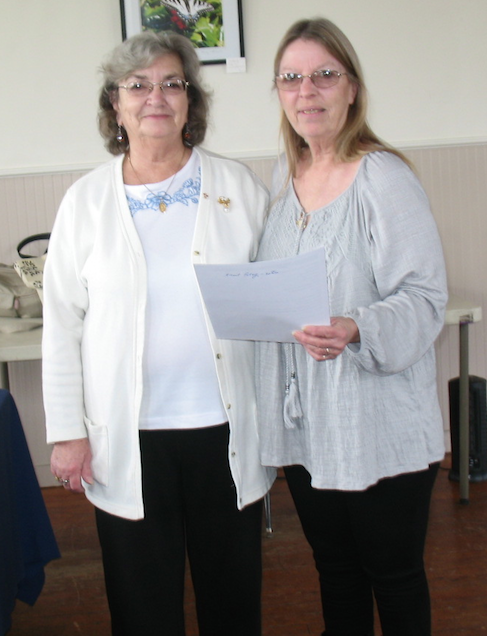 Members of the Woman’s Club Buckingham County held their January meeting at the Buckingham Art Center. “Mary Lohr, president, opened the meeting,” club leaders said in a press release. “Plans were made for the upcoming Art and Craft Show sponsored by the club, open to the club members, schools and the community, held at the art center each year.” According to the release, the club will hold an open house Sunday to display the art. “After the business meeting, Second Vice President Sharon Andrews presented a program on heart health and the many ways to change our lifestyle (including) the many herbs that are helpful to your health. It was noted not to take anything additional into your system before checking with your doctor,” club leaders said. Pictured are Lohr, left, and Andrews.