A 23-year-old Burkeville man has been charged in connection with a Buckingham crash that resulted in the death of 19-year-old Shelly Warner. 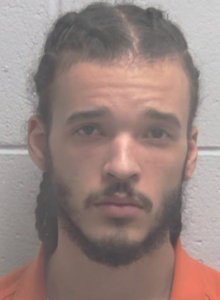 The accident occurred Nov. 26 less than one mile south of Route 630, Red Road, in Buckingham.

According to Virginia State Police spokeswoman Corinne Geller, Branch was driving a 2008 Chevrolet Impala that struck the vehicle in which Jessy Warner, his wife Shelly, and their 9-month-old son, Timothy, were traveling in.

Jessy received serious injuries from the crash while Timothy received only minor injuries.

After the crash, Branch was transported to UVa Hospital in Charlottesville for treatment of serious, but non-life threatening injuries.

Branch has a court date set for April 7 at 11 a.m. in Buckingham General District Court.