Board approves $120K loan for squad

The funds are available because of the previously approved Fire Association Capital Expenditure Financing Fund, which allots up to $600,000 in low-interest financing to members of the Prince Edward Area Firefighters Association for the purchase of trucks and apparatus.

President of Prince Edward County Volunteer Rescue Squad Brian Butler attended the board of supervisors’ meeting and requested the funds on behalf of the squad. 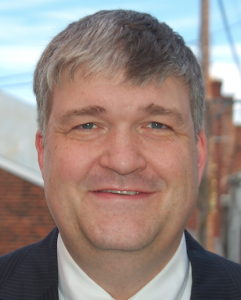 He said last year, crews responded to over 3,000 calls. The squad said it needs four more cardiac monitors/defibrillators in order for their vehicles to be in working order.

“Without them, we can’t run calls,” said Butler.

Three ambulances were out at one time  Sunday evening, Butler said, emphasizing the importance of all rescue squads being fit with the proper equipment.

Buffalo District Representative C.R. “Bob” Timmons Jr. motioned to approved the request, which the board unanimously agreed to.

Supervisors also considered a policy allowing remote electronic communication for board members who could not attend meetings.

County Attorney Jim Ennis presented a draft Electronic Meeting Policy for the board to consider.

The policy, as explained by Ennis, would allow remote participation as long as there is a quorum of supervisors physically assembled at the primary meeting location and there are arrangements for the voice of the remote participant to be heard by all participants in the meeting, including the audience.

This is “not a matter of convenience, it’s a matter of necessity,” explained Ennis. Members would only be allowed this option a maximum of two meetings a year.

The option would be available if members had an emergency, personal matter, disability or medical condition. The remote location from which the board member participates must be recorded in the minutes.

The board voted to approve the policy 7-1, with only Timmons voting against it.

Kenneth Jackson presented an alternate location which he believed was safer than the proposed located at the corner of U.S. Route 460 and Rice’s Depot Road.

“We want the county to grow, but we want it to grow smart,” he said.

Bemeche’ Hicks also spoke in favor of choosing a different location for the Dollar General store.

“It is a safety issue for that location,” he said.

The project will be discussed in more detail during the 7 p.m. planning commission meeting Tuesday in the board of supervisors’ room of the Prince Edward County Courthouse.