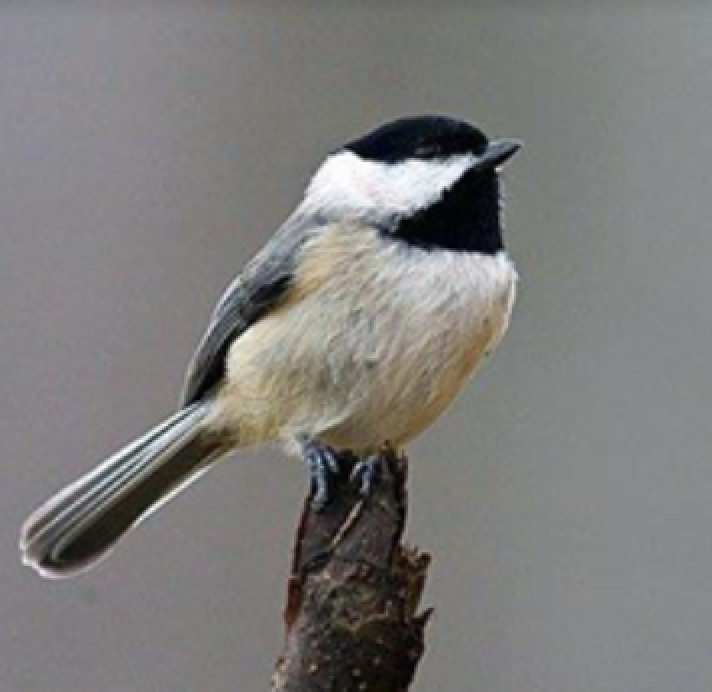 Find out whether this a Carolina or Black-capped Chickadee during the Mary H. Watson Bird Club meeting Thursday.

The monthly meeting of the Margaret H. Watson Bird Club will be held on Thursday in the meeting room of the Farmville-Prince Edward Community Library.

Refreshments will be served beginning at 6:30 p.m., followed by a program at 7 p.m. featuring Dr. Marshall Faintich, author of “A Photographic Guide to the Birds of Wintergreen.”

“Faintich is an astronomer and cartographer whose avid interest in avian photography has led to the accumulation of more than 8,000 images on his website,” club officials said in a press release. “His popular site receives around three million hits per year from visitors in more than 80 countries around the world.”

His wildlife photographs have appeared in newspapers, magazines, websites, government reports and presentations, officials said. “In addition, his work can be seen on wildlife and birding trail signs in Virginia and Maryland.”

Faintich’s hour-long presentation of 150 of his best photographs, titled “The Birds of Central Virginia,” highlights almost half of the 350 species that can be seen in the central part of the state, officials said in the release.

“The Margaret Watson Bird Club is an extremely active organization, 16 members of which just completed a wonderful three-day trip to the Eastern Shore and Virginia Beach in early February. The birders were treated to a fantastic display of shore birds and other ocean wildlife never seen in Prince Edward County. Hundreds of gannets and snow geese, purple sandpipers, oystercatchers, razorbills, harbor seals and dolphins were among the 110 species documented by the club members. In spite of the cold, these hearty birders had a thoroughly enjoyable visit to the shore.”

Visit www.farmvillebirders.net for field trip schedules, pictures and more information on the club.