Buckingham’s longtime director of Social Services has announced his retirement.

Braxton L. Apperson III will step down July 1 from a position he’s held since the 1970s.

Apperson has worked almost exclusively with Social Services — with the exception of late 1973 into 1975 — and has about 45 years of service with the department.

According to Apperson, he was hired in June 1972 after graduating from Virginia Tech and was named director on July 1, 1976. 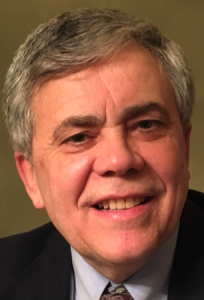 He said the reason for announcing his retirement so early is to allow the department ample time to find someone to fill the position — and possibly have some overlap in leadership, he added.

Apperson said he’s seen a lot of change over the years, citing the growth in the protective services system. One thing that has remained constant, Apperson reflected, was the constant development of technology.

“It’s been an interesting trip,” said Apperson. “There has been an almost continuous evolution of the policy in protective programs and the information technology systems that support those programs.”

Apperson said he is proud of the agency and the people he has worked with over the years.

“It is hard to point to any particular thing,” Apperson said. “I probably get the most satisfaction in that the agency has performed at a good and sometimes excellent level in a variety of programs they are responsible for; I’ve had great staff to work with.”

When asked to pinpoint what he would miss most about his position, Apperson said it was a difficult feat. He said it will be difficult to say goodbye to everyone he has worked with, especially directors in other localities, his staff and the Social Services board members.

Apperson said he is not quite sure what he wants to do in his free time.

“I have to say I’m sort of purposeful at not being too specific,” he said of his plans for the future. “My family goes to the Outer Banks in mid-July. I plan on doing that and taking off during the summer. After I have enjoyed being off for a while, I’ll figure out what it is I think I’d like to do.”

“I feel very fortunate to be able to come back to my home county and work for as long as I have been able to and get to work with the staff at this agency, to serve the people in Buckingham the way we have and the opportunity to work with the elected leaders of Buckingham County,” Apperson noted.