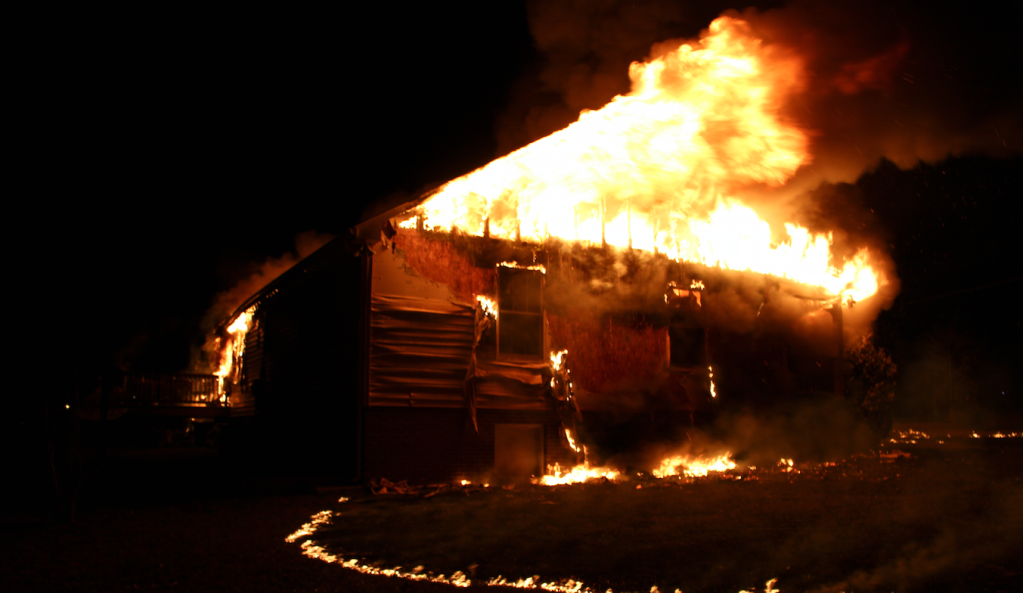 According to Lt. Dan Pempel with the Randolph Volunteer Fire Department, three people were displaced and are now staying with family members.

“The deputy advised everybody was out of the house. Flames were coming through the roof of the house,” Pempel said.

The fire at the one-story ranch-style home was reported at 1:20 a.m., Pempel said.

“The house was totaled. We did an exterior attack,” he said.

Fire crews from Randolph, Cumberland and Farmville responded, he said.

There’s no word on the cause of the blaze.

Volunteers were on scene until about 4:30 a.m. and were called back to the scene later Tuesday morning for a report of the fire rekindling.

Those who wish to donate can do so at Ayers Building & Supply, located on Route 45 in Farmville at the Cumberland Bridge.

This is a corrected version of the original story, published Tuesday.