The trial for an Ashland man accused of robbing the Dillwyn location of the Farmer’s Bank of Appomattox has been delayed, according to the Buckingham County Circuit Court.

David Allen Garland, 40, was arrested on Oct. 1 and charged with a class two felony of entering a bank armed with intent to commit larceny. 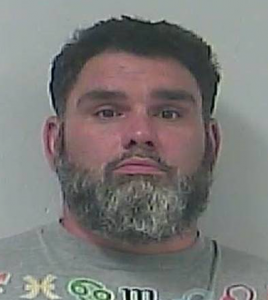 Police said Garland entered the bank and presented a note to the teller demanding money.

“The teller complied with his wishes by giving him an undisclosed amount of money,” police said in a press release following Garland’s arrest. “The male fled the bank without harming anyone.”