A large number of people are expected to speak at and attend a public hearing Buckingham County supervisors will conduct Thursday at 6 p.m. at the County Administration Complex.

The hearing is part of the process Atlantic Coast Pipeline (ACP) LLC is going through, seeking approval of a special use permit for a 53,515 horsepower gas fired compressor station on Route 56 between Union Hill and Shelton Store roads. The station is needed and is part of the proposed 600-mile pipeline, which, if granted federal approval, would move natural gas from West Virginia through Virginia to North Carolina. 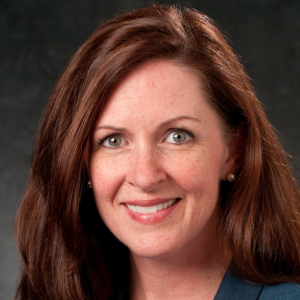 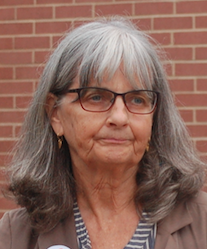 “There will be public comments only during the public hearing comment time, and all speakers will be limited to three minutes … representing a group or individual,” said County Administrator Rebecca S. Carter. “This time limit is being set by (District Six Supervisor and Board) Chairman (Joe) Chambers.”

The proposed pipeline and compressor station has drawn nearly united criticism from those who’ve spoken before supervisors and the county’s planning commission, which recommended approval of the permit to supervisors.

Those opposing the project and station have cited numerous issues that could arise from the project, including health, quality of life, water and land values and air pollution.

“Buckingham County was selected to host one of the three compressor stations needed to move natural gas through the ACP, to serve customers throughout Virginia and North Carolina,” said Carla Picard, an external affairs manager for Dominion Energy, the firm leading the energy firms making up ACP LLC.

“The public review process for this facility has been considerable and the planning commission spent significant time developing a robust set of 40 conditions for the station that would further ensure the safety and welfare of the surrounding community,” Picard said.

He said the conditions would be in addition to Dominion’s “existing safety protocols and Best in Class design, which will minimize emissions and sound produced at the station. Noise and air quality would have to meet strict regulations set at the state and federal level.”

The commission-approved conditions address a wide variety of topics related to the compressor station, including horsepower, emergency response, air quality studies and emissions tests, installation of fire breaks, a backup emergency communications system, compliance with the permit, staffing and use of silencers and noise. Conditions include a minimum of one employee, contractor or third-party security staffer be present onsite 24/7 during the first year of operation, installation of a backup system for monitoring communications and emergency notifications, a third-party firm conducting air quality studies and emissions tests, development of a crisis response plan, the collapse of structures within subject property lines and grass or gravel fire breaks between the facility and adjacent properties.

Before voting on the permit request, county planners modified one condition to stipulate that three strands of barbed wire be placed atop the 7-foot security fence surrounding the facility and that fire breaks be maintained along with being created.

“The Union Hill, Shelton Store and Woods Road residents of Buckingham County … are being asked to bear the greatest burden of the compressor station,” Oba said. “If this site is approved by our board of supervisors, our property will be devalued, our health put at great risk and our cultural and historical sites, including churches, will be destroyed.”

According to Oba, many reports, “even from the gas industry, report that the gas infrastructure currently in place is sufficient and that pipelines are being overbuilt.”

Oba said it’s FOB’s hope “that the board will not approve the (special use permit) at this time, and will wait until (the Federal Energy Regulatory Commission) makes a decision.”

FOB unsuccessfully lobbied county leaders to move the hearing to the county’s high school, Oba said. “I hope there’s enough parking and, you know, everything will be OK.”

Kyanite Mining Corp. — Buckingham’s fourth largest employer — is set to enter into a memorandum of understanding (MOU) with Columbia Gas and ACP to acquire a tap, metering and a decompression station and construction of a lateral pipeline off of the ACP to provide natural gas to the company.

When the county learned of Kyanite’s agreement, resulting in the tap and access to the natural gas, the county was approached about the possibility of entering into a MOU with the firm “that would give the county the option to control approximately 200 acres through which this lateral pipeline would go,” County Attorney E.M. Wright Jr. said during a Nov. 15 supervisors meeting.

“It affects everyone,” Oba said of the project. “It certainly affects the whole pipeline. No compressor station, no pipeline. And, it affects people … who are really looking to turn away from all this gas infrastructure.”