Voter turnout in Tuesday’s special election across the Heart of Virginia has been light to moderate, according to voter registrars.

The special election will send a new state Senator for the 22nd District, which includes Buckingham, Cumberland and Prince Edward, to Richmond this week.

Three candidates are vying for the seat, vacated by U.S. Rep. Tom Garrett, who was elected to Congress in November, succeeding former U.S. Rep. Robert Hurt, a Republican. Garrett is also a Republican. Democrat Ryant Washington, Republican Mark Peake and independent conservative Joe Hines are on the ballot. 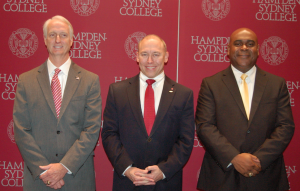 The Herald will publish live results online, once the polls close, at 7 p.m.