A Prince Edward County educator is making strides in changing the conversation around math and science learning.

Barbara Rice, a sixth-grade teacher at the county’s middle school, has been tapped as a judge for a $1 million national campaign to fund outside-of-school math and science projects. 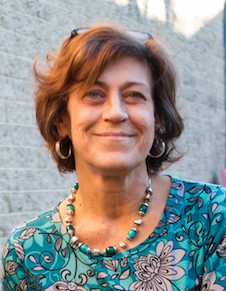 Beginning Wednesday, teachers across the country have the opportunity to submit their project ideas to www.DonorsChoose.org to be considered for funding.

“The campaign challenges the notion that only some students have an aptitude for math and science,” according to a press release.

The campaign aims to “inspire teachers to present these subjects in new ways, showing students how they already use math and science concepts in real life.”

Rice has taught at the middle school for six years. Prior to that she worked in marketing for architectural, engineering and environmental consulting firms.

She was contacted by the campaign about serving as a judge in early January.

“I was selected as a judge based on my numerous DonorsChoose projects that are primarily math and science-based and ones that involve activities that take place outside the typical school day, such as weather kits that students took home on weekends to collect weather data,” Rice said.

Other projects she has received funding for through DonorsChoose include a 3D printer, two Lego Mindstorm EV3 robotics kits, six iPads, a classroom greenhouse and tools and a storage shed for her classroom garden.

“The latter project, part of the middle school’s Edible Schoolyard, has been very successful in reinforcing healthy eating habits and the science behind gardening,” said Rice. “This project also has reinforced to our students that science occurs everywhere … not only in the confines of the classroom walls.”

Rice said the Overdeck and Simons Foundations are seeking projects, such as the one’s she’s worked on, with real-world applications.

Along with Rice, five other ambassadors from across the nation were chosen to judge the competition. The judges include teachers who, like Rice, have demonstrated aptitude for creating math and science activities.

Former astronaut Leland Melvin will lead the judges. Melvin, a resident of Lynchburg, has traveled to space twice — in 2008 and 2009 — both times to help build the International Space Station.

The judges will choose five projects to be awarded $5,000 each.

The foundations have also provided “nearly half a million dollars to match every donation with the aim of engaging the public to collectively deliver nearly $1 million (worth) of science and math supplies to classrooms nationwide.”

As a judge, Rice will use a comprehensive rubric to determine how well each project proposal meets the goals of the Science Everywhere initiative.

“I am looking for projects that allow students to explore the endless learning possibilities beyond their classrooms,” she said.

“One of the first things I teach in my classroom is that science is everywhere … whether it’s baking in the kitchen with mom, which is chemistry; planting vegetables in the garden, biology; or looking up at the night sky, astronomy,” said Rice.

“I also believe that what I teach during my class period is pointless if the learning stops at the end of the lesson. I hope the science concepts learned during class can answer the question at home as to why the chocolate chip cookies burned on the darker pan but were chewier on the lighter-colored pan, or understanding why it is raining when the barometer reading is low or why the swing has greater potential energy at its highest point than at its lowest point.”

Rice has noticed students have more confidence in their ability in math when doing it in the course of a scientific investigation.

Any teacher can submit projects to Science Everywhere to receive funding for their students.

Rice said the majority of her contributions for her projects have come from community members, as well as parents and grandparents of students.

“I feel very privileged to be recognized by Overdeck Family Foundation, Simons Foundation and DonorsChoose for doing what I love most,” said Rice. “I feel very fortunate to work in a school division that recognizes the importance of math and science-related activities in instilling in our students the love of learning.”