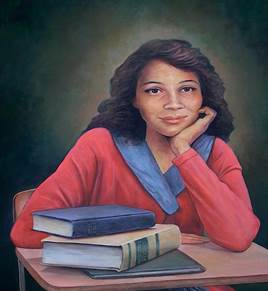 The announcement came from Virginia Gov. Terry McAuliffe on Friday.

Johns, while attending R.R. Moton High School in 1951, led a student walkout in protest of inadequate school facilities for African-Americans in Prince Edward County. The walkout would help initiate the Brown v. Board of Education lawsuit, which desegregated public schools across America.

Speaking at Virginia Union University’s 39th Annual Community Leaders Breakfast, honoring the legacy of Dr. Martin Luther King Jr., McAuliffe said, “When we name our state buildings after people from our history, we make a statement that the work done within those buildings will advance their legacy.”

The building at 202 N. 9th St. will be formally dedicated in a public ceremony, details for which will be announced soon.

“It is, indeed, an honor and words cannot adequately express the pride, exhilaration and excitement that we feel after hearing the news that … McAuliffe announced that an office building on Capitol Square will be named after Barbara,” said Joan Johns Cobbs, Barbara’s sister.

“Our sister, Barbara, was a courageous, fearless young person who saw an injustice (and) stood up for what she believed … whose actions on April 23, 1951 changed the course of the nation, when the Supreme Court, in 1954, declared that segregated schools were unconstitutional.”

“I think it is great exposure for the Moton story and our community that the building be named in Barbara’s honor,” said Cainan Townsend, Moton’s interim director of education and public programs. “I can’t think of many people more deserving. She helped to start what we now know as the civil rights movement here in Farmville … and she deserves credit for it. I believe that it is perfect timing with Barbara Johns and the Moton School Story being included in the 2017 content standards for the (Virginia Standards of Learning). This decision to honor Barbara will ensure that she is remembered in Virginia for a very long time.”

“I cannot think of a better person to inspire the men and women who fight for justice and equality in the Office of the Attorney General than Barbara Johns,” said McAuliffe. “When Barbara stood up for equal access to education as a plaintiff in the case of Brown v. Board of Education, she helped changed the history of our nation for the better and inspired a new generation of civil rights leaders. I am honored to announce that her name will be placed on this beautiful building as a lasting reminder of the enormous impact one person can have when they stand up fearlessly for what is right.”

McAuliffe made the announcement with Attorney General Mark Herring, who said, “Change in this commonwealth and this country has always come when brave individuals stand up and demand their rights, and so often it has been a young person who can still see injustice with clear eyes. To me, that’s the legacy of Barbara Johns — a brave young woman who stood up and demanded the rights that the Constitution guaranteed to her and to each of us. I will be proud every single day I walk into the Barbara Johns Building to fight for justice, equality and opportunity for every Virginian.”

“I cannot find words worthy to express my thanks and gratitude to … Gov. Terry McAuliffe,” said Joy Cabarrus Speakes, a plaintiff in the Davis v. Prince Edward County School Board suit heard by the U.S. Supreme Court.

“There has been divine intervention ever since Barbara led the strike on April 23, 1951; therefore, this recognition, although decades later, is on time. We are now living in changing times, and I trust that this generation and generations to come will learn more about Barbara’s action and continue to stand for justice, social and human rights.”