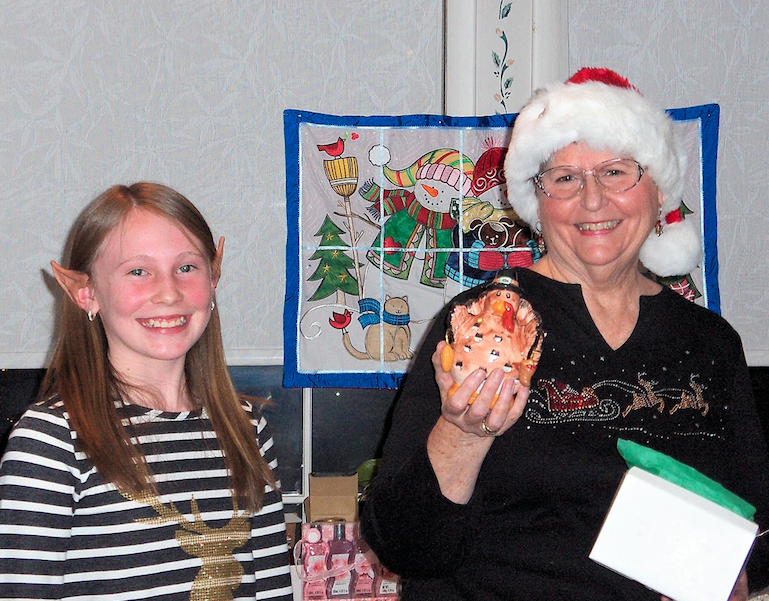 Following the auction, refreshments were served and included some of the items that had been for sale.

Red ribbons were given to Geraldine Sanderson, Sarah Schember and Kate Shorter. “Wrap It Up,” a design of a wrapped gift package with accessories, earned blue ribbons for Mary Hazlegrove, Alice Metts, Geraldine Sanderson and Jo Smith.