The highest-priority project among those being considered by the Cumberland County Planning Commission is a back-up well replacement that could cost up to $200,000.

County Administrator and Attorney Vivian Seay Giles, however, said she hopes the project will only cost about half of that amount. Notes provided to planners during their organizational meeting on Jan. 3 indicated the project would include improvements to the water plant and would lower overall costs because it would not require chemicals to be used in two locations. 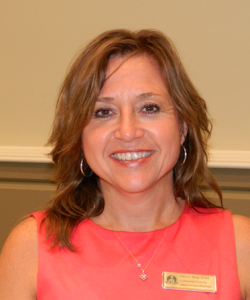 “That’s a very, very rough estimate,” Giles said Monday. “I don’t believe it will be that high.”

The $200,000 includes an addendum supervisors received recently, which brought that figure up from only $37,987.

“The bids hadn’t gone out,” Giles said, referring to necessary engineering for the project. “We haven’t put all the pieces together.”

The back-up well replacement is part of a three-part, 22-item list of capital improvement projects (CIP) Cumberland is prioritizing for fiscal years 2018-2022. The list groups projects under “County Administration,” “Emergency Services” and “Utilities.” The total cost of all the projects is estimated at nearly $3 million.

A CIP committee evaluated each project on seven criteria using a 1-5 scale where the higher the score, the greater the priority. The criteria and the top requirements used were:

• Federal or state mandates — is the project required to be completed within a year by enforceable standards?

• Efficiency — would the completed project increase employee efficiency by 20 percent?

• Budgetary impact — would the completed project provide added revenue to the county?

• Readiness to proceed — is the project ready to go?

• Health/public safety — would failing to complete the project put employees or citizens at risk?

• Funding — does 100 percent of funding come from grants or other outside sources?

For example, the back-up well replacement scored a 27, making it the top priority for the county. It received “5” scores for needing to meet federal or state standards within a year and affecting health and public safety. It received “4” scores for all other criteria, except funding, which received a “1.”

The second-highest ranked project on the entire list is the replacement of the Cumberland County Public Schools’ (CCPS) football grandstand, with a 22 ranking and an estimated cost of $151,000. The proposal — part of the “County Administration” portion of the list — is to replace the grandstands’ existing metal scaffolding and wood-board grandstands, “which are no longer used for grandstands due to safety concerns,” according to the CIP committee’s notes to supervisors.

The committee is recommending the existing grandstands be replaced with aluminum ones.

The most expensive projects are not necessarily the highest priority, according to the committee. The most expensive project is to replace the carpeting at Cumberland County Elementary School, at $300,000, but only received a ranking of 14, placing it somewhat in the middle of the pack. The proposal is to replace the carpeting with either tile ($211,670) or polishing the concrete floor underneath the removed carpeting ($290,000).

Notes indicate the carpeting is 20 years old and has been submitted as a proposed capital improvement project for six years as the CCPS’ No. 1 priority.

A partial list of other county administration projects include demolition of the pods at the Cumberland Middle/High School complex ($45,000, rank 12), installing a fiber optic connection between the courthouse and a radio tower on Poorhouse Road ($260,000, rank 10) and paving at the Department of Social Services parking lot and Community Center ($90,000, rank 20).

In addition, under “Emergency Services,” the county is proposing to purchase two new chassis for existing ambulances at a cost of $170,000 each. Both received a ranking of 14.