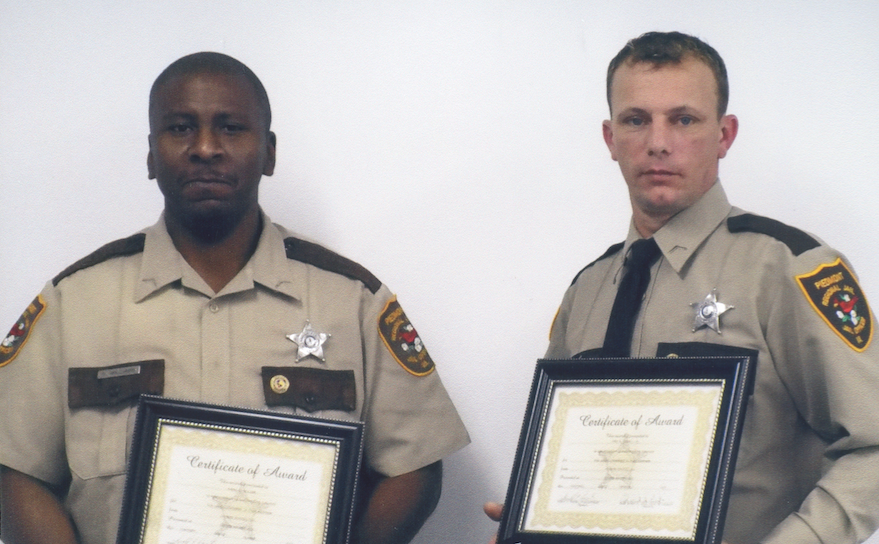 Piedmont Regional Jail (PRJ) officers James Caddell, right, and Robert Williams received honor pins and certificates during a luncheon at the jail on Dec. 14. The jail honored Caddell and Williams for their “heroic actions” in saving an inmate’s life by administering first responder CPR. PRJ Superintendent Donald Hunter saluted these two officers for their dedicated service.