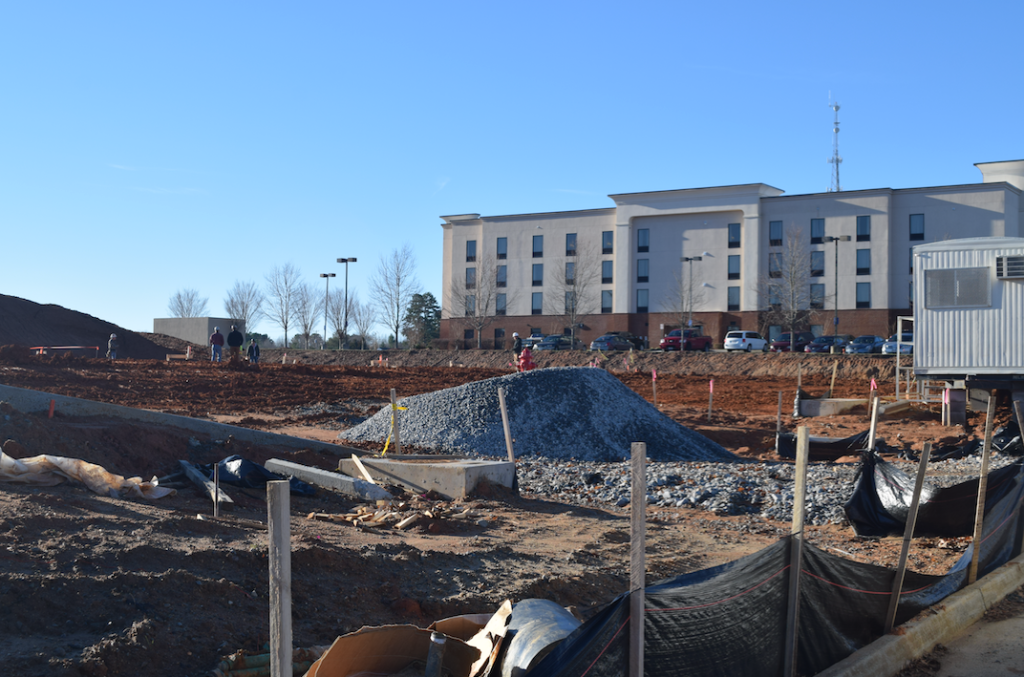 BRIAN KLINGENFUS | HERALD Holiday Inn Express is being constructed behind the Hampton Inn off of East Third Street on Sunchase Boulevard. The hotel is expected to be finished in December.

Two new hotels are being built and one is being renovated to increase the housing capacity for visitors in Farmville.

Construction is underway on a Tru by Hilton on South Main Street and a Holiday Inn Express is being built behind Hampton Inn on Sunchase Boulevard.

Hotel Weyanoke, at the corner of North and High Streets across from Longwood University’s French Hall, is seeing renovation of its existing rooms and the addition of 43 more, according to Ross Fickenscher, one of the owners of the historic building. 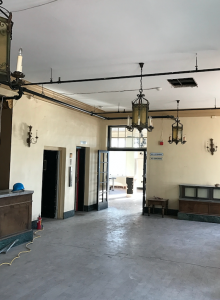 Cleanup of the inside of Hotel Weyanoke Hotel on High Street is underway. The project is expected to be completed in March 2018.

Spates said construction is on schedule to be finished by the hotel’s respective projected completion dates. The Holiday Inn Express site has seen dirt moved from its construction zone and footers dug for the foundation. The foundation has been poured and the support beams have been placed at the site of the Tru Hilton. Construction of the addition to Hotel Weyanoke is about to begin, and the original rooms have been cleaned out and prepared for renovation.

Spates said the Tru by Hilton, Holiday Inn Express and Hotel Weyanoke will bring an additional 106, 96, and an extra 43 rooms, respectively.

Tru by Hilton is expected to be completed in October. Holiday Inn Express is planned to wrap up construction in December, and Hotel Weyanoke plans to finish its renovations and additions by March 2018.

Combined, the additional lodging will provide 245 rooms in Farmville once all three projects are completed.

“We always felt we needed more hotel rooms because with events at Longwood and Hampden-Sydney (College), there were periods of time throughout the year everything was booked,” Spates said. “If you look at a map, Farmville is centrally located in the state, so it’s a prime spot for a lot of meetings as well.”

Events that bring visitors to the Field of Dreams on West Third Street for sporting events, for the upcoming Big South Women’s Softball tournament Longwood is hosting and the recent U.S. Vice Presidential Debate are all examples of Farmville’s growing visitorship and its need for more lodging, Spates said.

Spates hopes more hotels in the area will lead to an increase in tourism and economic growth for businesses in the area, especially recreational-based entities and restaurants.

TRU BY HILTON
Tru by Hilton, being constructed on South Main Street near Wendy’s, will have four floors and 106 rooms. It’s expected to be finished by October.

The town will refund what the hotels pay in personal property and real estate taxes for the first five years, decreasing 20 percent each year after that.