PAVC helping vets and the community 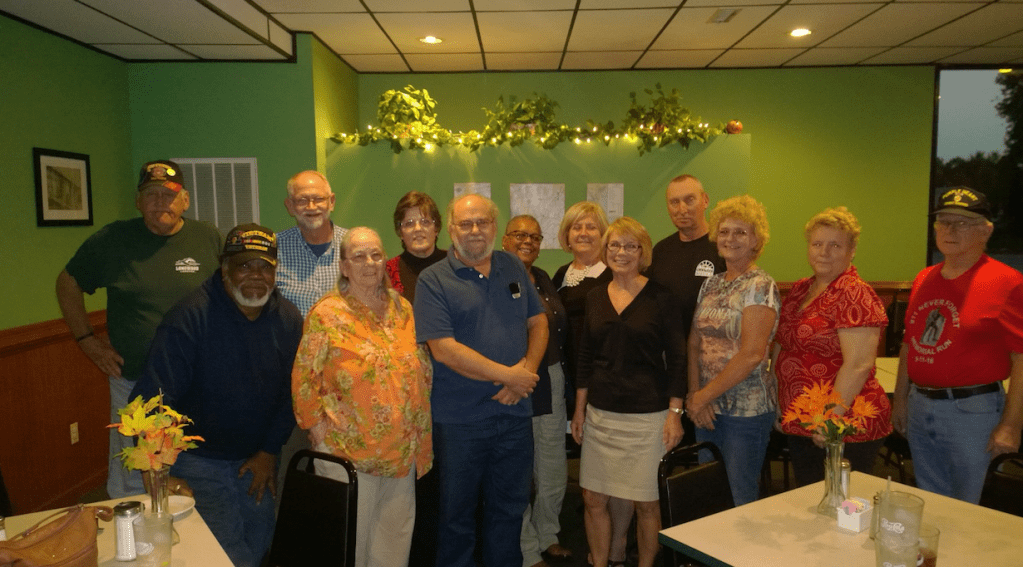 Piedmont Area Veterans Council & Community Services (PAVC) quietly celebrated its first anniversary Jan. 3. The organization helps military veterans, spouses and families, as well as those not affiliated with the military, connect with local and national non-profits to fill a wide range of needs.

Farmville native Sarah Dunn co-founded the PAVC last January after having co-founded the Lynchburg Area Veterans Council (LAVC) in 2013 with Otto Davis, who also serves on the PAVC’s board of directors. The PAVC serves veterans and non-veterans in Amelia, Buckingham, Cumberland, Charlotte, Lunenburg, Nottoway and Prince Edward counties and shares providing assistance to Appomattox County with the LAVC.

Dunn said the primary difference between the two organizations — other than geography — is the fact that the PAVC includes “Community Services” in its name.

“In the Piedmont, you don’t have to be veteran,” Dunn said of people who can use PAVC services. “It can just be someone having trouble making their bills. We had one lady who’d been paying off her hospital bills for years. Her primary caregiver had passed away. We found a non-profit that could help, and they paid off her bill in full.”

Most of the focus is on veterans. Dunn is one herself, having served in the Army; her husband, Ed, is a Navy veteran. Dunn lived and worked in North Carolina for many years, having served as a recovery care coordinator (RCC) for the Wounded Warrior Battalion-East at Camp LeJeune 2008-2013. Prior to that, she was employed with the Military Order of the Purple Heart as veteran service officer, also at Camp LeJeune.

“Serving as a RCC allowed me to expand my knowledge of very diversified resources throughout the country and abroad for service members transitioning to veteran status and their families and caregivers,” Dunn said.

She has also served as a veterans service organization for more than 20 years and now volunteers with the Virginia American Legion as the Western Regional service officer training new service officers. She returned to Virginia in 2013, following her daughter who married a Marine and lived in Lynchburg.

Sarah and Ed Dunn moved yet again, building a home in Cumberland County, “with a Farmville address,” Sarah Dunn said. Her husband is the commander of Farmville’s American Legion post.

Since returning to Virginia, Dunn has served as an assistant coordinator for the Legion’s women’s outreach.

In all, Dunn said her experience in researching non-profit organizations and how can they help veterans and others inspired her to launch both the LAVC and PAVC.

Dunn said groups such as FACES and STEPS are exactly why she made sure “Community Services” is part of the PAVC’s name.

“The beauty of all this is the community working together,” she said.

She also said the community has embraced the PAVC.

“I went to the Prince Edward County Board of Supervisors, and they graciously offered me a place to meet with veterans for the first six months,” Dunn said. “Since then, Justine Young at the Piedmont Senior Resources Area Agency on Aging has graciously supplied me with an office.”

Dunn said the PAVC is looking for a permanent home in Farmville. In the meantime, the organization meets at Merk’s at 9 a.m. on the third Tuesday of each month. Meetings are open to “anyone,” Dunn said, looking for help or to help out.

Educating veterans and others about what they can have access to in order to make their lives easier is Dunn and the PAVC’s primary mission, she said, trying to fill any gaps nationally on top of help she finds locally.

“As long as I can help a veteran and make a difference … that’s my passion,” Dunn said.