Opinion: ‘I suggest that Hobeck … close that door and lock it’ 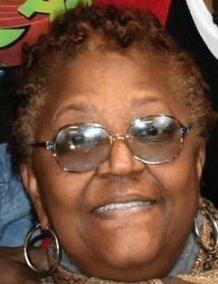 This is how you build great leaders.

There have been many incidents around Longwood involving students of all ethnic and economic backgrounds.

We cannot pick and choose which leaders or which students we want to expose simply because of the color of their skin.

Eric Hobeck’s guest column (“Team needs ‘a change in leadership,’” Wednesday, Jan. 25) is simply a continuation of his effort to undermine the school’s efforts at building up the athletes to help them overcome youthful exuberance.

This continued airing of unsubstantiated, incomplete dirty laundry is trying to create the appearance of bad leadership only in the men’s basketball program.

To mislead the public with inaccurate or incomplete information not only hurts the students’ progress, it also weakens their ability for gainful employment.

We need to be very careful of our “opinion” of others.

The athletics department is all-inclusive. This is an attack on all. Hobeck’s characterization of the men’s basketball leadership is flawed.

They spend countless hours recruiting, teaching, mentoring, correcting, counseling, parenting and shielding all students as they protect their rights to privacy.

The unfortunate events by a few and the serious accusations of others, which were found not to be adjudged as guilty, means it did not happen as written by Hobeck.

There were consequences for each of the students. Hence, one more example of how leadership prevailed. In all the incidents, there was lack of evidence actually to convict anyone.

The latest incident involving students from both Longwood and a neighboring university is another misleading portrayal. However, there was not enough credible evidence to charge anyone.

I suggest that Hobeck, after a deep review of the facts, will want to close that door and lock it.

It’s like Hobeck can hear the sound of falling trees in woods too distant for him to even see.

Coaching, in most cases, is a rewarding job because the reason to enter the profession isn’t necessarily depending on your wins and losses.

Unfortunately, that’s how it works. As you judge coaches, understand that you will also be judged.

This university, even when no charges were filed, acted responsibly to provide sufficient punishment or training or outside assistance to these students.

Their goal, I’m assuming, was to affect the whole person and expand the reach of the university.

Alfreda Ramseur is a retired U.S. Department of Labor Occupational Safety and Health Administration (OSHA) employee who lives in North Carolina. Her email address is aramseur@outlook.com.