She was born December 15, 1938 in Pulaski.  She graduated from Shenandoah Valley Academy at New Market in 1955 at age 16, and received a registered nursing degree from Southern Missionary College at Collegedale, TN in 1959.  She also earned a bachelor’s degree in professional arts from St. Joseph College in Maine in 1985. 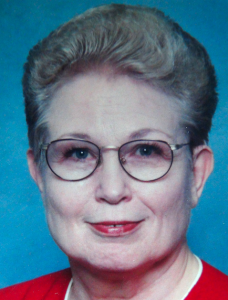 Mrs. Gibson enjoyed a long career in health care, working as a registered nurse, director of nurses and nursing home administrator, retiring as administrator of Britthaven Nursing Home in Keysville in 2007.  She loved God and spent much of her time over the past several decades as a member of the Farmville Seventh Day Adventist Church.

She married her husband Bill in 1970.

Visitation is at noon and funeral services are 1 p.m. Thursday, January 26 at the Farmville SDA Church, 2086 Cumberland Road, Farmville, VA 23901. Interment will follow at the church cemetery.