No fireworks planned for festival

Held the first Saturday in May, fireworks at the Farmville Municipal Airport have signaled the end of the annual event for many years. The festival draws thousands of people across Southside Virginia.

“Right now … we’re planning to have (music), just like we have out at (the airport) as far as bands,” said Carlos Holland, a member of the festival’s board of directors, discussing the planned events at Riverside Park on North Main Street. “And this year, we’re going to have a beer truck out there as well. The bands are still being worked on,” he said. 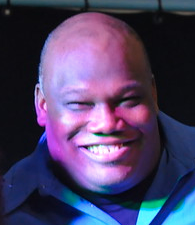 “I hear from a lot of the (festival) vendors that … wished we could extend the hours downtown,” Town Manager Gerald Spates said of the changes to the festival. “And, so, that’s hopefully what the festival’s going to do — try to keep everything downtown instead of moving all the way to the airport.”

Regarding not having the fireworks show, Spates cited the number of events involving pyrotechnics held through the year.

“I think one of the key things was … last year, we did three fireworks events,” he said, citing the festival and Independence Day and Labor Day events. “So that was three events that we had scheduled.”

During the Jan. 11 Farmville Town Council meeting, Spates reported that the 10K run will take place at 8:30 a.m. to kick-off the festival.

“The streets will be closed to traffic 8 a.m.-4:15 p.m. (There will be) downtown events only, and then they’ll move to Riverside Park for a joint program with the Jaycees that’ll be over at 8:30 p.m. They will not go to the airport this year, nor will they do the fireworks,” he said.

“I think it’ll be better,” Spates said after the meeting regarding the elimination of fireworks.

“As soon as the entertainment stops at the Crute Stage, I think around 3:30 p.m., 4 p.m., we’re going to start cranking up (at) Riverside Park at that time,” Holland said of the planned entertainment for the evening on May 6. “So it’s going to be a smooth transition from one event to the other … We’re just trying to keep everything in town.”

“I think the Jaycees are working with the Heart of Virginia (Festival) to do like a joint event, so it should be pretty good,” Spates said of the evening activities.

“I don’t think we’re going to do Labor Day,” Spates said of future fireworks events. “There were so many people out of town, the Labor Day turnout was very small, and I think, you know, if you have one event with fireworks … everybody will take advantage of it. If you have three different ones, you pick which ones you want to go to.”