Even before the Virginia General Assembly opened its 2017 session over a week ago on Jan. 11, Dels. James E. Edmunds II, C. Matthews Fariss and Thomas C. Wright had pre-filed bills — either as chief patrons or co-patrons for their fellow legislators to consider.

Republican Mark Peake, the winner of the Jan. 10 special election to fill the vacated State Senate District 22 seat, was unable to pre-file bills. 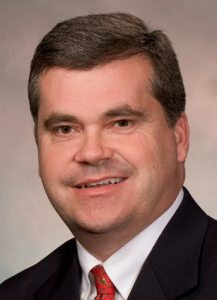 Edmunds, 47, is a Republican and was elected as a delegate in 2010. He holds the House District 60 seat representing all of Prince Edward, Charlotte and Halifax counties and a portion of Campbell County. He sits on the Militia, Police and Public Safety; Agriculture Chesapeake and Natural Resources; and Health, Welfare and Institutions committees.

Edmunds pre-filed no bills of his own, but did sign on as co-patron for two bills prefiled by District 25 Delegate R. Steven Landes.

The first is HB 1401, which would prohibit institutions of public learning from abridging the freedom of any individual, including enrolled students, faculty and other employees, and invited guests, to speak on campus except as otherwise noted in the U.S. Constitution.

Edmunds said he has filed seven other bills, several of which relate to hunting. One would allow hunters to choose between blaze orange and blaze pink vests in an effort to encourage more women to hunt. Another would separate the hunting tags for deer and turkey and charge — along with bear tags, which were separated from the other last year — no more than $12 each. A third bill would allow sling bows, which are already used for hunting small game, to be used for hunting big game. The four of these bills would require hunting landowners to obtain hunting licenses, but would not charge them a fee to do so.

Perhaps one of the largest bills Edmunds has filed is one which would affect the Virginia Tobacco Region Revitalization Commission. Edmunds’ bill — which is being reflected by a similar bill being pre-filed by State Sen. Frank M. Ruff — would, at its core, increase the assessment charged on 100 pounds of harvested tobacco from 20 cents to 40 cents.

“This was brought to us by the Farm Bureau and growers,” Edmunds said. “The money used for marketing and also goes into research.” 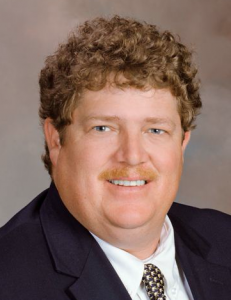 Another of Edmunds’ bills would allow TMI AutoTech in South Boston, which he said is Virginia’s only auto manufacturer, to sell its cars in Virginia. Currently, the vehicles, which resemble open-cab race cars and off-road vehicles, are only sold in California.

“If Virginian’s want to buy them, they should be able to,” Edmunds said.

Finally, Edmunds has also filed a bill similar to one Ruff filed that would replace an ex-officio seat at the Southern Virginia Higher Education Center from the superintendent of Halifax County Public Schools with a superintendent from any of Southside’s school divisions.

Edmunds said his primary goal for the legislative session is to restore funding not only to the Virginia State Police, but increase pay for county deputies.

“They are suffering an 18 percent turnover rate,” Edmunds said. “It’s just really difficult for them (sheriffs) to retain trained deputies.”

Fariss, 48, is a Republican and was elected in 2012, holds the House District 59 seat representing all of Buckingham and Appomattox counties and portions of Albemarle, Campbell and Nelson counties.

“I’ve forwarded this for a couple of years in a row now,” Farris said. “I think it will give rural counties more clout, not only for the presidential race, but for the Congressional districts, too. I don’t know that the governor will sign it, but I think it’s the right thing to do.”

Fariss noted this year’s session is a short one. 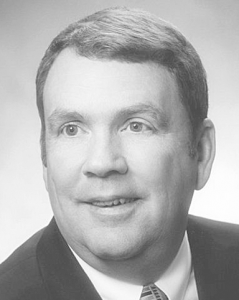 “And we also have a lame-duck governor who is not looking to do anyone any favors, especially with the new presidential administration coming in,” Fariss said.

However, one thing he said he and the governor agree on is getting people who have been late or not paid their fines and other court courts involving suspended driver’s licenses back on the road so they can work. As long as the driver agrees to pay those costs and can show written proof of an employment offer for a job that requires them to drive, Fariss’ bill, HB 1499, would allow them to obtain a work permit.

Wright, 69, is a Republican who was elected in 2001. He holds the House District 61 seat representing all of Cumberland, Amelia, Mecklenburg and Nottoway counties and a portion of Lunenburg County.

Wright vice chairs the Militia, Police and Public Safety Committee. He is also a member of the the Agriculture Chesapeake and Natural Resource and the General Law committees.

“I was attending a summer festival and this man asked me why there wasn’t a license plate for the Air Force,” Wright said. “There are for certain units, but not for the Air Force as a whole.”

HB 1532 would increase the Fire Program Fund’s assessment from 1 percent to 1.4 percent of the total gross premium income for fire and related lines of insurance. It would also increase the share of the fund to localities from 75 percent to 80 percent beginning Jan. 1, 2018.

Peake couldn’t be reached for comment on proposed legislation or legislative priorities.