Holton will speak at banquet

The banquet will be held at 6 p.m. at the Longwood University Health and Fitness Center on the college’s main campus.

Holton and her husband, former Virginia Governor and U.S. Sen. Tim Kaine, visited the Moton Museum on Oct. 4 — the day of the Vice-Presidential Debate at Longwood.

According to a Moton press release, Holton has worked to advocate for children both during her years as a lawyer and a judge in the City of Richmond’s Juvenile and Domestic Relations District Court and later as the First Lady of Virginia. 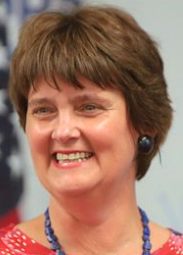 As first lady, Holton worked to address and fix issues she encountered with the foster care system while working in the courts, according to the release.

Holton is no stranger to the civil rights movement. When she was a child, her father, former Virginia Gov. Linwood Holton, sent her to an integrated school in Richmond rather than to a private school.

“Holton’s experience connects her to the history of Prince Edward County, where young people played a leading role in the national struggle for civil rights in education,” said Director of Education and Public Programs Cainan Townsend in the press release.

According to the release, the Moton Community Banquet celebrates supporters of the Moton Museum, which was converted from the original Moton High School.

According to the release, the banquet specifically recognizes participants in the Moton Family Challenge, an annual fundraising campaign among family connected to Prince Edward’s civil rights history, according to the press release.

The 2016 Moton Family Challenge is accepting contributions through Feb. 15.

The banquet is open to the public. Tickets are $40 per person. To become a sponsor or to purchase tickets, visit www.motonmuseum.org/annual-community-banquet/ or call the Moton Museum at (434) 315-8775.

Tickets are on sale through Feb. 8.