Historic start for LU in the Big South 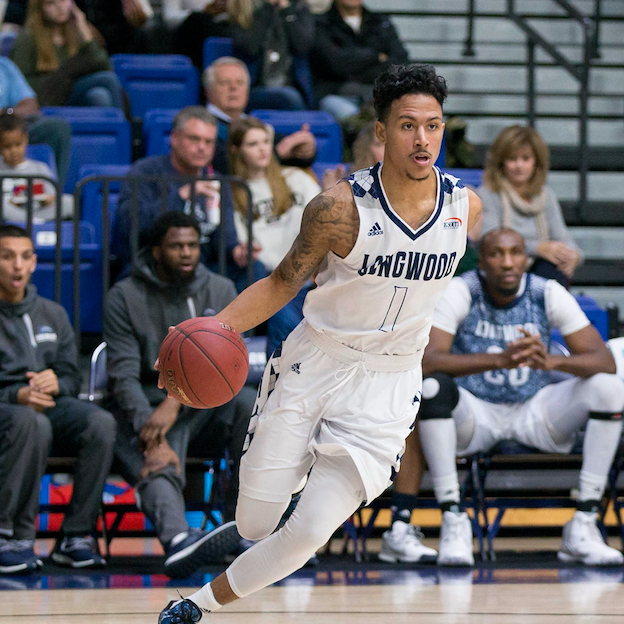 MIKE KROPF | LONGWOOD UNIVERSITY Longwood University redshirt sophomore Isaiah Walton has contributed significantly to the Lancers’ 2-0 start in the Big South, showing his versatility as he adjusts to playing the point guard position.

The Longwood University men’s basketball team is 2-0 in the Big South Conference for the first time in school history.

In addition to having their best start in the conference since joining it five years ago, the Lancers have now upset a reigning Big South tournament or regular season champion two years in a row.

“The guys played with great resiliency,” said fourth-year Longwood Head Coach Jayson Gee, who has taken Longwood from an 11th-place conference finish in his first year to ninth place in year two and a program-best eighth place last season.

“We really fought today and came up with a huge win for our season and our program. We’ve been battle-tested through the non-conference (schedule), and now we’re in the right mindset for success. It was a long way to travel, but I love where we’re headed.”

Redshirt junior forward Khris Lane went off for the second straight game, racking up 18 points and seven rebounds after torching Campbell for 30 points and eight rebounds on Thursday. Redshirt sophomore guard Isaiah Walton poured in 16 points and grabbed a career-high nine rebounds and hit the go-ahead layup in the final minutes to give the Lancers the lead for good.

Longwood’s historic start to conference play comes despite the team having a roster decimated by injuries. The Lancers are down to just eight scholarship players, with season-ending knee injuries to freshman point guard Juan Munoz and sophomore forward Jahleem Montague and a broken foot suffered by starting redshirt junior forward Damarion Geter.

Using just seven players for the second straight game, the Lancers beat High Point (7-7, 1-1 Big South) for the first time since joining the Big South in 2012-13. The win was Longwood’s first at High Point since 1993 and snapped an eight-game losing streak to the Panthers.

Perhaps no player on Longwood’s roster has had to adjust to a new role more so than Walton, a combo guard whom Longwood’s injury-riddled attrition has forced to assume primary point guard duties. Since taking over that spot five games ago, Walton is averaging 14 points and a team-high 3.8 assists per game.

Walton’s go-ahead layup Saturday preceded a momentum-clinching three-pointer from Lane that gave the Lancers a 55-50 lead. Gee called a timeout seconds later, prepping the Lancers for a final minute in which they would force High Point into three turnovers and knock down 5-of-6 free throws, four of which were from Walton.

Longwood also outworked High Point on the boards, outrebounding the Panthers 37-35 on the way to 11 second-chance points. That marked the second straight game the Lancers have outrebounded their opposition after doing so just once in their first 11 games.

Longwood will have a chance to extend its historic Big South start when it hosts Presbyterian College on Wednesday at 7 p.m.