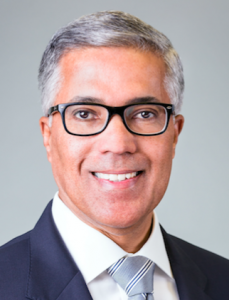 “It has been an honor to serve Hampden-Sydney College,” Jones said in a press release. “Our students, their parents, and our faculty, staff, alumni, board of trustees and campus friends make this a truly special community. It is not easy to leave. Hampden-Sydney College has accomplished much in recent years and throughout its distinguished history, and I am confident the college’s best years are still to come. President Larry Stimpert is setting the college on a great course for success.”

According to the release, Jones has served in his capacity since 2011. “In this capacity, he has been an integral part of the college’s senior leadership team, coordinating strategic planning efforts and overseeing a variety of administrative offices and functions,” officials said in the release.

“The Hampden-Sydney community is grateful to Dale for his contributions to the college, and we congratulate him as he undertakes this wonderful opportunity,” said Stimpert.

“Dale’s steady hand and thoughtful approach to problem solving have helped guide the college through the planning and execution of many strategic efforts, and he has been an essential part of Hampden-Sydney’s mission ‘to form good men and good citizens.’ I have no doubt that Dale’s character, discipline and wide breadth of experience will serve Penn State Wilkes-Barre extremely well, and we wish him the best.”

Jones came to Hampden-Sydney from the L. Douglas Wilder School of Government and Public Affairs at Virginia Commonwealth University, where he was a tenured associate professor of public administration, the chair of the Masters of Public Administration program and director of the University’s National Homeland Security Initiative, according to the release.

“In addition to prior roles at Syracuse University, the University of Colorado at Colorado Springs and the Air Force Academy, Dr. Jones served as an officer in the U.S. Air Force, completing a distinguished career with the rank of Lieutenant Colonel.”