According to FACES Treasurer Bob Chonko, between grants and donations, the organization has already exceeded its overall goal of $70-$80,000. 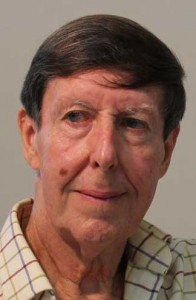 “Probably about half that is (donations from) individuals,” said Chonko.

FACES sent out personal letters to past contributors and posted a flyer in The Herald with information pertaining to the fundraiser. As an all-volunteer non-profit organization, all donations go toward buying and delivering food to those in and around Prince Edward who need it the most.

While, according to FACES President Dr. Ellery Sedgwick, about 70 percent of the organization’s clients are from the Farmville area, FACES also serves portions of Charlotte and Cumberland that share Prince Edward County zip codes.

“We’ve been very lucky. The community has been very supportive,” said Sedgwick.

He said FACES hoped to raise about $50,000 in donations from their fall fundraiser. Donations have come from churches, colleges, sororities, fraternities and individuals.

“We’re really happy this year, thanks a lot to Dr. Sedgwick,” said Chonko. According to Chonko, the organization’s last annual fundraising drive succeeded in raising about $45,000 in donations and another $40,000 in grants. In fiscal year 2015-16, FACES distributed more than 1 million pounds of food.

FACES, along with churches and schools, also operates a backpack program implemented in 2015 that provides food to undernourished children in Prince Edward elementary and middle schools.

FACES receives donations of food, such as dried goods, canned goods and peanut butter, which is always popular.

“Peanut butter is a really good item,” said Chonko, “You know, kids like peanut butter, Spaghetti-O’s, things like that. We all used to like those when we were kids.”

The children in need are identified by their teachers and receive the food in unmarked backpacks.

According to Sedgwick, Feed More, which partners with FACES and was previously called the Central Virginia Food Bank, has asked FACES to help increase distribution to an eight-county area in Southside Virginia.

“We couldn’t do this without their financial support,” said Sedgwick. Most of the food FACES distributes comes from FeedMore, where the organization is able to buy one pound of food for a standard charge of 19 cents.

“This is a real big step for us,” said Sedgwick. “We’re moving slowly because it’s make or break.”