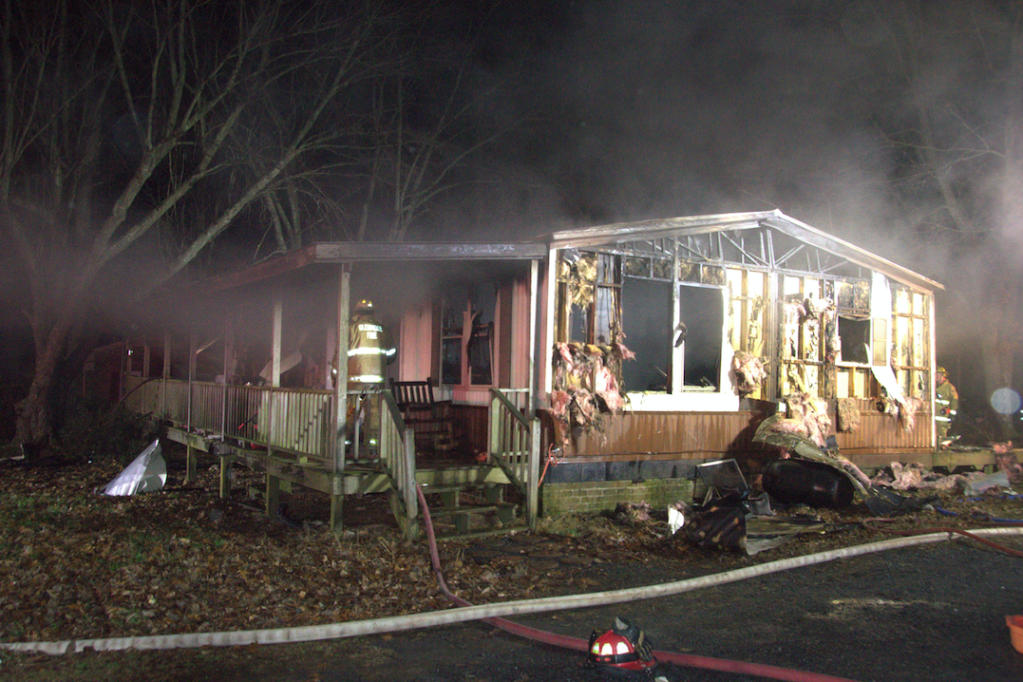 A two-alarm fire destroyed a home in the 2400 block of South Constitution Route on Sunday night, displacing a family of four.

Volunteers from Dillwyn and Glenmore volunteer fire departments responded to the fire, reported at about 8:30 p.m., according to Dillwyn Volunteer Fire Department Chief Jason Wharam.

“When we got there, the house was completely engulfed,” Wharam said. “It took us about an hour to get the fire under control.”

According to Wharam, four Dillwyn units and two from Glenmore responded to the blaze.

The young family — including two small children — reportedly arrived home when they found the home ablaze.

No one was injured in the fire. No other nearby structures were threatened by the blaze, Wharam said.

The cause of the fire is being investigated.

The children are three years old and 18 months old. The children and their parents, Andrew and Tracy Bowles, lived in the home.

Cindy Davis, Tracy’s mother, said her daughter and son-in-law are coping “as well as can be expected.”

“The 18-month-old doesn’t really know what’s going on, but the three-year-old is having a hard time,” Davis said. “She has none of her stuff and she’s just realizing that today.”

A GoFundMe website, where the community can donate funds to the family, has been created at https://www.gofundme.com/helping-andrew-tracy-bowles.

Additionally, the Salem United Methodist Church, 2160 Ca Ira Road, in Buckingham, is accepting clothes, food and other items every day this week from 5-7 p.m.